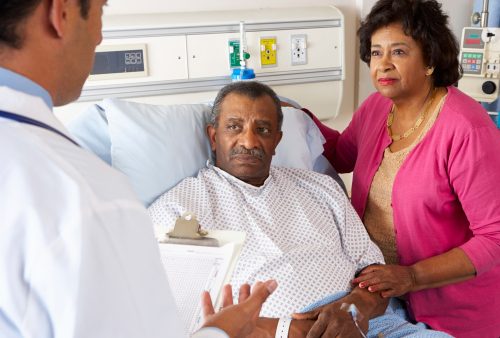 America is a melting pot of diversity. Having the ability to meet people from any part of the world is one of America’s biggest assets and one that has made it into the country it is today. It is estimated that racial and ethnic minorities represent 28 percent of Americans, but according to a new study, these groups are not getting the same healthcare as their white counterparts.

It was found that African Americans with conditions that affect the brain, such as stroke and Parkinson’s disease, were more often treated in the emergency room rather than being looked after in routinely scheduled visits.

African American and Hispanic people were also less likely to make an appointment to see a neurologist—a doctor specializing in the study and treatment of the nervous system—than white people.

The researchers came to this conclusion by analyzing data collected from nearly 280,000 people over a span of eight years. Of this pool of subjects, 17,000 reported having a neurological disorder, such as Parkinson’s, epilepsy, multiple sclerosis, or other brain-related disorders.

Of this neurologically affected group, only about 6,000 of them made outpatient visits to a neurologist.

While the easy way to explain this disparity would be to pin it on a lack of insurance or income status, however, these factors were taken into account in calculating these percentages.

African-Americans were more than twice as likely to be treated in the emergency room and subsequently admitted to a hospital than both whites and Hispanics. Medical costs were also higher in African American patients, with costs being as high as $1,485 per person compared to $599 for white patients.
“Our findings demonstrate that there are substantial racial and ethnic disparities in neurologic health care access and utilization in the United States,” said study author Dr. Altaf Saadi from the Massachusetts General Hospital and Brigham and Women’s Hospital in Boston.

It is documented that patients with neurological disorders have a substantially reduced incidence of side-effects and hospitalizations when being cared for by a neurologist. Realizing that a substantial portion of the American population is subject to unequal access to outpatient care is not only unsettling, but results in unnecessary medical and financial costs.