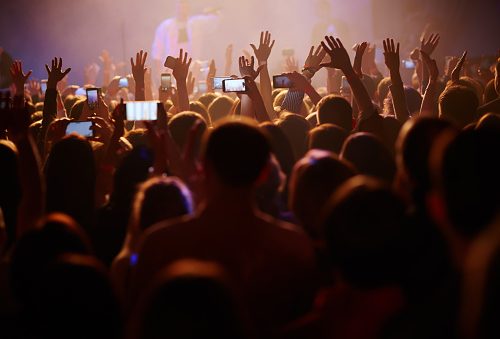 Concert goers and sporting event fans alike are likely to have experienced at least some level of pushing at one or more of these venues. Whether fans are pushing to snag the last available seats before the show starts or shoving their way through the crowd to get closer to the stars on stage, this type of behavior seems almost inevitable when you gather such a large number of people in one area. Sometimes, though, the pushing and shoving can get out of control. This is why researchers at Ruhr-University Bochum in Germany began to study the psychological motivations for pushing in crowds.

Plenty of research has already been done on this topic, often resulting in the creation of physical barriers to prevent this kind of behavior. These studies have offered proof that creating physical barriers causes people to disperse more thoroughly throughout the space, even though there is theoretically the same amount of space to stand in with the barriers in place than without them.

However, the researchers at Ruhr-University Bochum believe that the research techniques typically used in these kinds of studies are not thorough enough to uncover the motivations behind why this occurs.

The basis of this study comes from social psychological principles about human decency and common courtesy in shared spaces. The researchers claim that one of the major motivators behind why people don’t stand as close to one another in the presence of physical barriers is simply social norms. These are essentially rules that we, as a society, have made up in our minds that aren’t actually set in stone.

“Following those rules, people queue in an orderly fashion, rather than attempting to shoulder their way through the crowd to reach their goal as quickly as possible.” Even though the participants were encouraged to hurry and move quickly through the line, they did not push or shove each other when the barriers were in place. The researchers also mentioned the idea of fairness as another possible motivator for this more polite behavior. The people at the front of the line get in first, and so long as this principle is upheld, people do not feel the need to revolt through physical aggression.