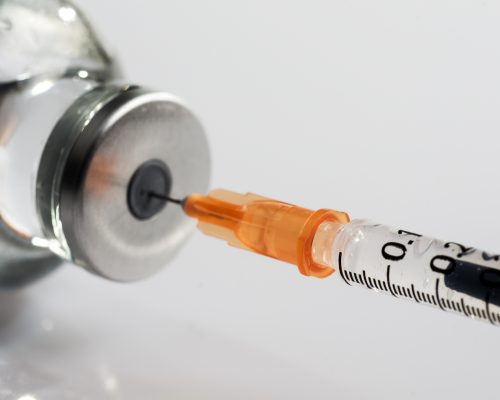 The study aimed to determine how well the pancreas would release insulin in response to food two hours after eating. Based on this method, the researchers did not see any differences in either group.

Study lead Mark Rigby said, “Alefacept is the first targeted biological drug assessed in patients with new-onset type 1 diabetes that significantly depleted the T cells that attack the pancreas in type 1 diabetes, while preserving other immune cells that are important for pancreatic function.”

Dr. Spyros Mezitis, an endocrinologist at Lenox Hill Hospital not involved in the study, commented, “[The trial] is an important prospective study that shows a psoriasis drug altering the T-cell balance and helping to control diabetes type 1. Alefacept, by increasing the T-cells that prevent attack and depleting the T-cells that attack the pancreatic beta cells, resulted in more insulin production in newly diagnosed type 1 diabetics.”

“Although studies of longer duration and with more patients are required to confirm these data, bioresearchers are finding new ways to alter the immune response and stop type 1 diabetes,” Mezitis concluded.

Managing type 1 diabetes can pose a challenge, because it is difficult to determine how much insulin the body may need. There are many factors that can affect insulin levels, including food, exercise, stress, emotions, and overall health. Furthermore, there are risks when trying to find the perfect level of insulin. If you take too much, then your body may use it too quickly, causing a drastic dip in glucose levels. If you take too little, your body can be starving for energy, causing blood sugar to rise drastically, which can contribute to long-term complications.

Although living with type 1 diabetes may be difficult, it is possible. There are a few factors that need to be well controlled in order to manage type 1 diabetes effectively: medication, exercise, and nutrition. These factors can be discussed with your doctor to ensure you are on the right path in order to reduce your risk of complications.

Properly managing diabetes on your own may be difficult, so it’s also important to have a good support system, either with friends, family, health experts, or even others with type 1 diabetes you can relate to.

Type 1 diabetes is a life-long condition, but as long as you have the right tools to manage it, you can live a successful life.

Severe psoriasis can be completely cleared with a new drug: Studies

Psoriasis, a relatively common skin condition that causes patches of thick, red skin with silvery scales, can be found on various parts of the body. For many people it can be mild, but others experience severe psoriasis, which can cause a great deal of stress and self-confidence problems. Continue reading…

A recent study published in the September issue of the Journal of the American Academy of Dermatology indicates that cold sores and psoriasis rule the roost when it comes to stigmatized skin conditions. However, experts believe the sufferers are victims of misguided ill will. Continue reading…