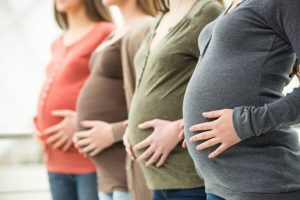 Researchers at the U.S. Centers for Disease Control and Prevention have found that some anti-depressants taken during early pregnancy could be associated with an increased risk of birth defects.

In the study, published in the British Medical Journal, researchers wanted to see if the birth defect risk affected the entire class of anti-depressant drugs known as SSRIs (selective serotonin reuptake inhibitors), or only select anti-depressants.

Previous studies found that specific birth defects have been detected in babies whose mothers took SSRIs. This prompted the U.S. Food and Drug Administration in 2005 to issue a safety warning about use of SSRIs during pregnancy. The aim of the current study was to find if all SSRIs were linked to birth defects.

The researchers asked the women whether they took any of the drugs – citalopram (Celexa), escitalopram (Lexapro), fluoxetine (Prozac), paroxetine (Paxil), or sertraline (Zoloft) – at least once in the one month before conception until the end of the first trimester.

They found that in women who took Prozac and Paxil early in pregnancy, birth defects occurred two to three-point-five times more frequently than in women who did not take them. The other anti-depressants in the study – Celexa, Lexapro or Zoloft – showed no effects.

And in the women who toon Praxil, five previously reported birth defects associated with paroxetine treatment were seen. These included heart defects, problems with brain and skull formation (anencephaly), and abdominal wall defects.

The results in women taking Zoloft is reassuring since drug was used by some 40 percent of the women in the study and is not lined to any birth defect.

Researchers note the analysis was only able to show a link between the drugs and birth defects, but could not prove that the drugs caused the deformities.