Home » Men's Health » Prostate cancer: To treat or not to treat 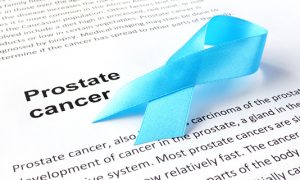 It is said that every man, if able to live long enough, will most likely develop prostate cancer—a relatively slow growing cancer that about 99 percent of the time occurs over the age of 50. The prostate is a gland and part of the male reproductive system that aids in the secretion of alkaline fluid, which constitutes about 30 percent of the volume of semen, along with spermatozoa and seminal vesicle fluid. Cancer of this gland may result in the spread of cancer cells to other parts of the body over time, particularly the bones and lymph nodes. It typically presents with symptoms in much later stages of the cancer, including difficulty urinating, blood in the urine, or pain in the pelvis, back, or during urination.

Screening for prostate cancer is a controversial topic. The United States Preventive Services Task Force recommends against the screening. Typically, a prostate specific antigen (PSA) test is taken, which is a very sensitive test but it isn’t accurate enough for a guaranteed diagnosis. This leaves physicians opting not to perform the test unless requested to. The reason for this is that most prostate cancers will not cause any symptoms though the life span of the patient and the PSA may prompt an individual given a positive result to undergo invasive procedures—potential benefits may not outweigh the expected harmful effects. Many cases of prostate cancer can be safely managed with active surveillance, with most patients dying of other unrelated causes rather than the prostate cancer itself.

Choosing to receive treatment for prostate cancer is a choice that should be discussed in detail with your physician, going over all the risks and benefits to better flesh out the available options. However, two recent studies published in the Journal of the American Medical Association detail the long-term side effects of different prostate cancer treatments that may help men make a more informed decision on the matter.

Both studies mentioned followed men who had early stage prostate cancer treated with modern approaches. This included the latest surgical and radiation techniques. Men who chose either of these methods for prostate cancer treatment reported side effects that sometimes persisted for up to three years.
While detailed information was varied, men who opted to have surgery performed on them reported a greater decline in their sexual function versus men who chose radiation or active surveillance. They were also more prone to developing urinary incontinence.

The group who opted to not have surgery but instead had radiation therapy had more problems with bowel function. If hormonal therapy was also implemented, hormone-related symptoms—such as hot flashes and breast enlargement—had an increased risk of occurring.

Both of these treatment options have their shortcomings, but it was noted that men treated with radiation were affected during their first year of treatment, however, men with prostate cancer who chose active surveillance instead of the aforementioned treatment options had less long-term symptoms in comparison.

Although choosing to simply surveil prostate cancer may seem like the most logical choice, it may not be the best option for all patients. Men who have a strong history of prostate cancer and have a genuine concern for their well-being should seek the advice of an experienced physician in the male reproductive field to come to a well-informed decision.