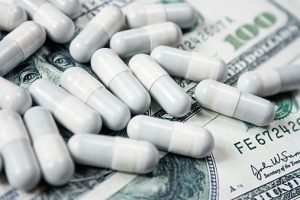 Drug and Therapeutics Bulletin (dtb) slams the idea of adding a price tag to prescription medicines that cost more than $30 (£20). The popular pharma bulletin sees this as just another “headline grabbing gimmick,” and warns that it could mislead patients into believing that cheaper drugs are less effective and therefore less important.

The initiative to put the cost of expensive drugs on the bottle was to help reduce waste. It was believed that adding the price and funded by the taxpayer on the label would encourage more people to be more responsible in the use of finite public resources. English Health Secretary Jeremy Hunt also believed that this measure would help cut waste and improve patient care as more people would be inclined to take their meds.

But dtb is skeptical about this. As the editor mentions, firstly, there is lack of evidence to back the move, and secondly, such a strategy has not been featured in any national or international guidance on ways of making sure people stick to their prescribed drug regimen. In fact, the strategy could have negative repercussions.

The editorial goes on to explain how the price printed on the drug label might worry elderly or vulnerable patients, who may see themselves as a burden on their family and society, and consequently not take their medication. Also there is good chance that the price might be misinterpreted as an indicator of the medicine’s value, said the editorial.
For example, a patient taking a number of drugs might think that an inexpensive drug used to treat heart symptoms, is less important than an expensive painkiller.

There are practical considerations to be taken into account such as who is going to foot the cost of the changes required for the packaging. Also many containers are small and do not have enough space for the mandatory dosing information and warnings. Adding a price with the mandatory funding line will just make matters worse – crowding the container with extra words could make other far more important information less clear, and potentially lead to dangerous errors in drug administration.

According to the article, having an informed two-way discussion with a patient can be far more useful to help increase the patient’s willingness/ability to stay the course of treatment than including the price tag on the container.