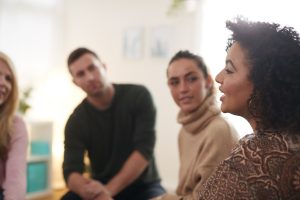 The study included 1.7 million New Zealanders aged 21 to 60. All participants were followed across three decades from 1988 to 2018 and tested for mental disorders to find if they were at an increased risk for subsequent dementia.

Researchers found that mental disorders were more strongly associated with dementia than chronic physical diseases. This connection between mental health and cognition was seen for both men and women for both early-onset and late-onset dementias. The risk factors were also found for different types of mental health conditions and for both Alzheimer’s and non-Alzheimer’s dementia.

Researchers believe that mental disorders can be early warning signs for subsequent dementia. Those with mental disorders should be encouraged to engage in health behaviors to help reduce the risk. For example, they could increase their physical activity, which is one promising way to potentially help prevent dementia.

Although the mechanism for the association is not yet clear, researchers believe that it could involve several factors, including a lifelong brain vulnerability. Researchers also cautioned that most people with mental health problems will not develop dementia.

Taking Care of the Brain

Brain function is important at any age. This study helps to outline how taking care of brain and mental health at a young age can help reduce the risk of disease in older age.

The Smart Pill can help to support and maintain healthy cognitive function throughout life. While some degree of cognitive decline is inevitable as you age, numerous factors can also affect concentration, memory, and overall cognitive function.