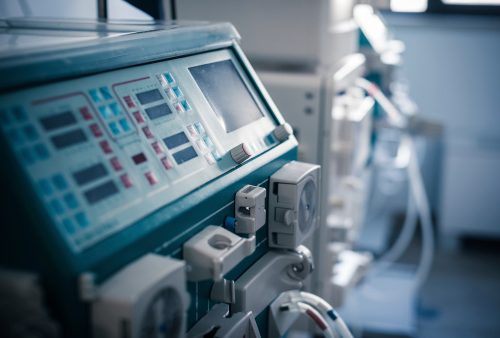 To conduct the study, scientists examined a group of 626 patients out of Vienna’s approximately 850 citizens receiving dialysis treatments, allowing them to get a good representative sample. They also conducted direct patient surveys and analyzed individual patient records in order to obtain more accurate results.

The dilemma facing researchers now is whether the high risk of stroke in dialysis patients who have atrial fibrillation outweighs the potential for significant blood loss caused by many of the drugs used to treat afib. Head of the 3rd Medical Department of Danube Hospital, Renate Klauser-Braun addressed this problem, “The available treatments for preventing the complications of atrial fibrillation, especially strokes, in people with healthy kidneys are contraindicated for patients on dialysis or are problematic, because of the complex clinical picture, so that further treatment and antithrombotic prophylaxis must be decided on a case-by-case basis.” While the study has shown a large percentage of the Viennese population undergoing hemodialysis is also effected by atrial fibrillation, it is important to note that there is no one way to treat the issue.
Atrial fibrillation in dialysis patients is far more prevalent than previously thought, and the lack of appropriate treatment options is a pressing issue for the medical community. While afib is commonly treated with anticoagulants in those who do not have any kidney issues, many of these drugs are not an option for hemodialysis patients, as they are already more prone to excessive bleeding that blood thinners would only exacerbate. There is a need for more in -depth research into the issue of atrial fibrillation in dialysis patients so that a safe and effective treatment can be found.