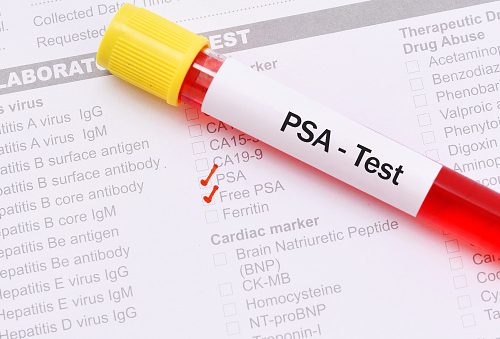 Getting up in the middle of the night to urinate is something that many men do a on a daily basis. It isn’t that they forgot to go before heading to bed, but instead, it’s caused by a problem they don’t realize they have. Prostate cancer is the most common cancer among men, with the exception of skin cancer. It is estimated that over 161,000 men will be diagnosed with the condition in the United States this year alone, and even more remain oblivious to the condition.

When a guy sees his doctor for difficulty urinating, especially at night, one of the first things the physician will do is a PSA (prostate-specific antigen) test. This has been routine for years in order to assess prostate cancer risk. However, a PSA may introduce new problems and lead to over-diagnoses and unnecessary treatments, which is a problem in its own right. A team of researchers from Cleveland Clinic aim to put an end to this by developing a new type of test that detects prostate cancer more precisely.

“Despite criticism, PSA has transformed the landscape of early detection, screening, and management of prostate cancer in the last few decades. Unfortunately, PSA is tissue-specific but not cancer-specific, leading to overdiagnosis and overtreatment of biologically insignificant cancers, which is widely recognized as a key limitation in its clinical utility,” said Dr. Klein, chair of Cleveland Clinic’s Glickman Urological & Kidney Institute.

Currently, when a man is suspected of having prostate cancer, a blood test for prostate-specific antigen is taken in addition to a digital rectal exam to assess the size and shape of the prostate gland. If the PSA level is found to be high, it may point toward cancer, but it could also be due to other factors such as fluctuations in male hormones and stimulation of the prostate during the rectal exam. However, the only way to determine if cancer exists is to do a biopsy, which involves taking a piece of tissue out of the prostate to be analyzed under a microscope. While checking your PSA level can identify prostate cancer, it could also lead to unnecessary procedures and treatments that can cause problems such as erectile dysfunction and incontinence.
The prostate-specific antigen test is far from ideal, which is why a new form testing is direly needed. A new blood test known as IsoPSA could be an effective alternative as it can detect prostate cancer more precisely and even distinguish cancer from benign conditions. This new test will reduce the need for biopsy and likely reduce the rate of over-diagnoses and over-treatment of prostate cancer. Preliminary studies comparing the old and new methods for screening have already proven that IsoPSA is significantly superior in both discriminating between prostate cancer and benign conditions as well as identifying patients with high-grade disease.

“Due to its inherent simplicity, requiring only a blood draw and presenting information to the physician in familiar context using a single number – just like PSA itself – we are quite hopeful in IsoPSA’s future utility after further validation studies,” said Mark Stovsky, co-author and staff member at Cleveland Clinic Glickman Urological & Kidney Institute.