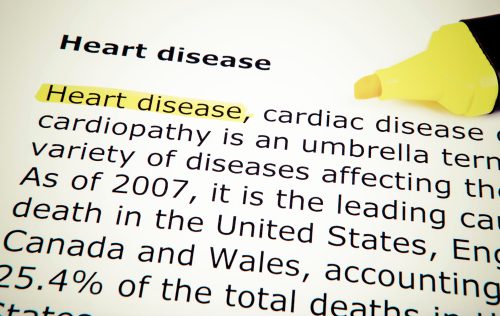 Researchers found a new way to treat cardiovascular disease in those who have suffered a heart attack by identifying a pigment in our bile that could protect us. Bile is produced by the liver and stored in the gallbladder and aids in the digestive process. Researchers found that a mildly elevated pigment of bile – bilirubin – could provide natural protection from heart attacks and ward off cardiovascular disease.

Researcher Dr. Andrew Bulmer said, “This is a very important finding as very few drugs are able to be administered following a heart attack to improve heart function. Generally, if it is a small heart attack people can survive. However there is a 20 percent mortality rate from heart attack, with approximately 50,000 heart attack sufferers each year in Australia.”

He continued, “Generally, bilirubin was just associated with people having jaundice; however, we have now shown that mildly elevated bilirubin is actually beneficial, naturally protecting an individual against cardiovascular disease.”

Higher levels of bilirubin can protect circulation from oxidative stress, which causes damage to the blood vessels. Dr. Bulmer added, “We believe that this protection could be related to recently identified anti-oxidative property of the bilirubin molecule.”

“Inflammation is the main culprit of damage to the body and is caused by over-active white blood cells that release ‘free radicals’. It appears our natural bilirubin can protect from these free radicals during chronic inflammatory diseases like cardiovascular disease, kidney disease and diabetes,” he explained.

Roughly five to 10 percent of the population is believed to have slightly elevated levels of bilirubin, which is known as Gilbert’s syndrome; however, it does not pose any negative side effects. Those with the syndrome have a 30 to 60 percent lower risk of developing cardiovascular disease.

Dr. Bulmer concluded, “Not only is there a benefit in being able to use bilirubin as a biomarker for measuring people’s future risk of various chronic diseases, there is a very real possibility it could be used as a treatment after a heart attack to reduce damage to the heart and possibly improve survival.”