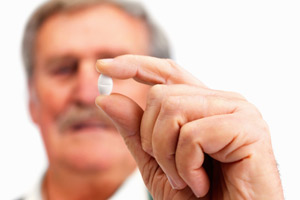 Oftentimes we’re told that inflammation is bad for the body. So much so that we even take over-the-counter drugs to combat it. But do we fully understand inflammation and all it does?

For starters, inflammation is the body’s natural response to damaging stimuli. We may have better insight of some of the benefits it poses to the body as researchers recently conducted a study of data from a million people – no small analysis.

The new findings suggest that some inflammation may help protect us against cardiovascular disease. The study was led by Dr. Daniel Freitag, of the University of Cambridge, and funded by a group of UK and European research centers, including the Medical Research Council and the British Heart Foundation.

Link between inflammation and cardiovascular disease

Certain drugs, such as anakinra, reduce inflammation by blocking interleukin-1, which plays a key role in regulating inflammation in the body, setting off signals against infection and other kinds of damage. This happens naturally in those who carry particular genetic variants.

Even though inflammation is meant to be protective, a disproportionate response can be damaging to the body’s regulators. For instance, it can cause potentially life-threatening symptoms, like those witnessed in severe cases of influenza infection or the flu. It also plays a part in autoimmune diseases like rheumatoid arthritis.

Researchers looked at the long-term implications of blocking inflammation. They developed what’s called a genetic score, combining the effects of two natural genetic variants. They then examined the effect of this score on major signs of inflammation, comparing it to that of anakinra.

Shortly following this, researchers looked at this score in relation to medical conditions like rheumatoid arthritis and cardiovascular disease, simply by studying data from more than a million people. What they found was that those who had naturally occurring interleukin-1 showed a decreased risk of developing rheumatoid arthritis. And this made perfect sense, considering anakinra is one of the drugs used to treat the same condition. It’s important to note that the variants had no impact on the risks for developing type 2 diabetes or ischemic stroke.

On the other hand, blocking interleukin-1 increased someone’s overall risk of developing cardiovascular disease. In fact, the risk of a heart attack was proven to be at least 15 percent higher in people who inherited the ability to block interleukin-1. The researchers also noticed raised levels of LDL-cholesterol – so-called bad cholesterol – in these same people, which partly explains the increased risk.

In addition, blocking interleukin-1 raised an individual’s risk of experiencing abdominal aortic aneurysm. That’s a swelling of the main blood vessel. Ultimately, it leads away from the heart, down through the abdomen to the rest of the body. Such aneurysm rupturing is behind one in 50 deaths in men over 65 years of age.

Although anakinra has been tested before, there has been little research into its effect on cardiovascular disease. By studying naturally occurring interleukin-1 inhibition, researchers have been able to determine that the drug could one day elevate the risk of cardiovascular disease and abdominal aortic aneurysms.

Of course, it’s important to remember that this latest study isn’t an examination of an anti-arthritis drug but a gene that can copy its effects. Although a drug only affects a person while it’s being taken, the effects of a gene are truly lifelong.

Eat this every day to reduce your risk of cardiovascular disease

When it comes to your heart health and reducing your risk of getting cardiovascular disease (CVD), it may be as easy as what you eat. In fact, new research suggests by incorporating whole grains into your diet, you’re highly benefiting your heart, according to new research.

You are definitely at risk of cardiovascular disease if…

Diabetes and heart disease are two issues you may not have considered go hand in hand. They do. Research now shows that body inflammation may be behind high blood sugar levels and their damage to blood vessels.