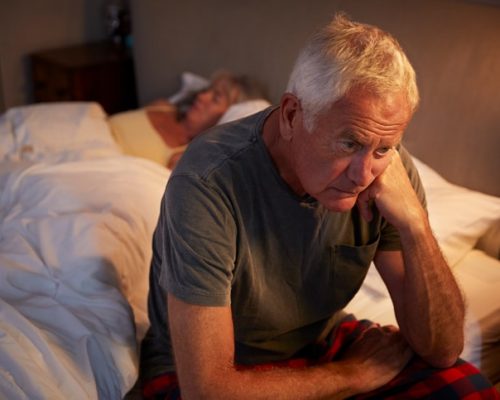 A study was recently published finding that sleeping less than six hours per night or waking up several times during the night can increase your risk of developing atherosclerosis. Atherosclerosis is a cardiovascular condition characterized by the build-up of plaque inside the blood vessels. The condition can be asymptomatic over decades of a person’s life, as your blood vessels will naturally expand around the areas of plaque build-up so there is no disruption to blood flow. But over time, the plaque will harden and begin to narrow your blood vessels, increasing the risk of heart attack and stroke. Past research has found a link between sleep and cardiovascular health.

“Bad sleeping habits are very common in Western societies and previous studies have suggested that both short and long sleep are associated with an increased risk of cardiovascular disease. However, there is a lack of large studies that have objectively measured both sleep and subclinical atherosclerosis,” said current study author Dr. Fernando Dominguez.

Six Hours of Sleep per Night Is Not Enough

The results showed that those who slept for shorter periods of time had higher levels of atherosclerosis than those who slept between seven and eight hours per night. The results were adjusted to account for risk factors and confounding factors, including age, gender, physical activity, body mass index, smoking, alcohol consumption, blood pressure, education, blood glucose levels, cholesterol, calorie consumption, marital status, stress, depression, and sleep apnea, and were found to still be true.

In the participants who woke up several times throughout the night, those who had the highest percentage of fragmented sleep were more likely to have atherosclerosis in several areas than those who had the lowest percentage of fragmented sleep. The researchers also noted that the participants who slept for shorter periods of time were more likely to have metabolic syndrome (the combination of diabetes, hypertension, and obesity), which indicates an overall unhealthy lifestyle.

Dominguez concluded: “Failure to get enough sleep and restlessness during the night should be considered risk factors for blocking or narrowing of the arteries. Studies are needed to find out if sleeping well and long enough can prevent or reverse this effect on the arteries. In the meantime, it seems sensible to take steps to get a good night’s sleep – such as having a physically active lifestyle and avoiding coffee and fatty foods before bedtime.”