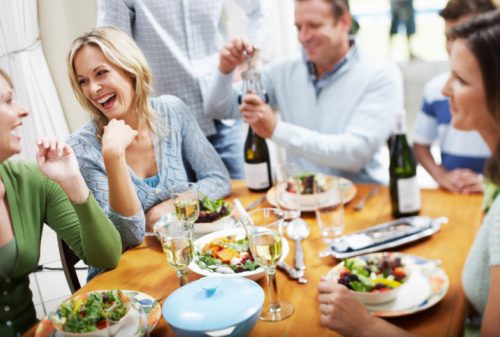 The advice, “everything in moderation” may actually be contributing to poor metabolic health in the U.S. along with lower diet quality. The findings come from the University of Texas Health Science Center at Houston and the Friedman School of Nutrition Science and Policy at Tufts University.

First author, Marcia C. de Oliviera Otto, said, “‘Eat everything in moderation’ has been a long-standing dietary recommendation, but without much empiric supporting evidence in populations. We wanted to characterize new metrics of diet diversity and evaluate their association with metabolic health.”

Food count and evenness were not associated with changes in waist circumference or the onset of type 2 diabetes. Essentially, greater diet diversity was not associated with better outcomes. Those participants with the greatest diet dissimilarity – differences in food attributes – were found to have more central weight gain.

Researchers compared results of diet diversity and also examined diet quality. After five years from the study start there was no association between diet quality and waist circumference. At the 10 year follow-up higher diet quality was linked with a 25 percent decrease in type 2 diabetes risk.

Otto added, “An unexpected finding was that participants with greater diversity in their diets, as measured by dissimilarity, actually had worse diet quality. They were eating less healthy foods, such as fruits and vegetables, and more unhealthy foods, such as processed meats, desserts and soda. This may help explain the relationship between greater food dissimilarity and increased waist circumference.”

Dietary diversity and food count was also associated with higher intake of unhealthy and healthy food.

Senior author, Dariush Mozaffarian, said, “Americans with the healthiest diets actually eat a relatively small range of healthy foods. These results suggest that in modern diets, eating ‘everything in moderation’ is actually worse than eating a smaller number of healthy foods.”