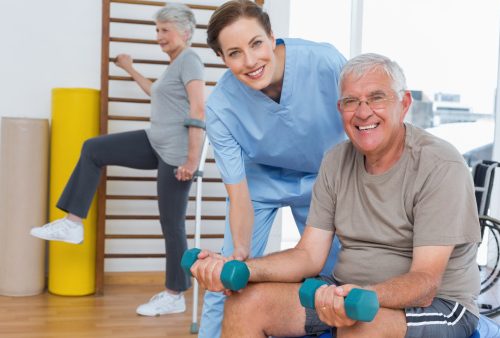 Author Dr. Christian Mallen wrote, “Polymyalgia rheumatica is one of the most common inflammatory rheumatologic conditions in older adults, with a lifetime risk of 2.4% for women and 1.7% for men.”

Other inflammatory diseases, such as rheumatoid arthritis, have also been shown to increase the risk of vascular diseases.

Researchers looked at data from 3,249 patients with polymyalgia rheumatica and 12,735 patients without the condition who were treated by doctors in the U.K. None of the patients had a history of vascular disease prior to the study. The researchers found that polymyalgia rheumatica patients had a higher risk for all vascular diseases, and the risk was highest six to 12 months after diagnosis. The risk was also seen to be similar for both men and women.

The authors wrote, “Our results showed that patients with polymyalgia rheumatica had an increased risk of all types of vascular events, even after traditional risk factors for vascular disease were controlled for. This excess risk was present soon after diagnosis, was present in both men and women.”

Patients aged 50 to 59 had a fivefold increase, compared to a threefold risk seen in patients over the age of 80. The authors continued, “This early excess risk provides insight into potential mechanisms and supports the link between inflammation and vascular disease, given that the inflammatory burden in polymyalgia rheumatica…is highest in early disease.”

The authors suggest that doctors should manage vascular risk factors in polymylagia rheumatica patients in order to reduce their risk.

Symptoms of polymyalgia rheumatica include: 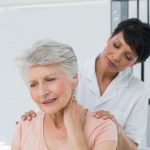 Complications of polymyalgia rheumatica affect patients’ daily life, making it difficult for them to move and perform tasks on their own due to stiffness and pain. It may become difficult to get in and out of bed, bathe oneself, or even comb their hair and get dressed.

Polymyalgia rheumatica does not have a cure, but treatment is aimed to ease and relieve symptoms.

In order to reduce side effects, your doctor may prescribe calcium and vitamin D for your bones, along with recommending physical therapy and a healthy lifestyle, which includes a well-balanced diet and regular exercise.

Routine blood tests may be advised in order to monitor cholesterol and blood sugar levels, along with monitoring blood pressure numbers. It’s important that you partake in follow-up testing to ensure no further complications arise from the medication as well as polymyalgia rheumatica.