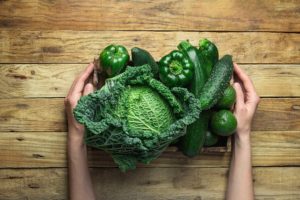 There can be some real benefits to some plant-based diets. Research has revealed that can work wonders for blood pressure, weight loss, and heart disease. And it’s possible that Crohn’s disease, a form of irritable bowel disease (IBD), may be an addition to the list.

A recent case study published in a paper in the journal Nutrients outlined the story of a young man who used a plant-based diet to rid himself from the symptoms of Crohn’s disease. Crohn’s disease is marked by frequent, recurring diarrhea; rectal bleeding; painful abdominal sensations and cramping; fatigue, and anxiety. It affects roughly one million Americans, and numbers are on the rise.

The man initially decided he would give up meat and processed food for a 40-day duration while observing a religious ritual. During the period, he noticed his symptoms completely subsided, so he continued with it. He then stuck to the plant-based diet for six months, while also participating in yoga, strength training, and cardiovascular activity, and went in for observation. A colonoscopy looking at his digestive tract showed “complete mucosal healing and no evidence of Crohn’s disease.” The man then went off medication completely, and in nearly two years has not relapsed.

It is important to remember that this paper looked at just one case. A plant-based diet worked for this individual, so it doesn’t mean it will work for everybody. That said, it might be an effective method to test yourself. It is low-risk and affordable—just talk to your doctor, first.