Home » Health News » Placebos may be effective at combating back pain 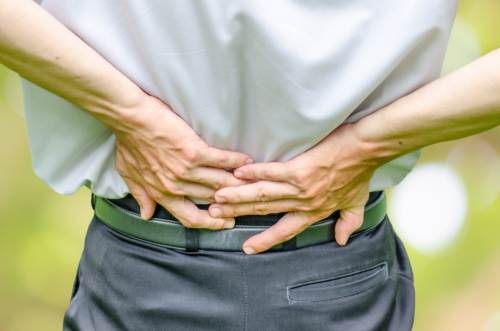 Even though back pain sufferers knew they were taking a placebo, they still experienced pain relief, a new study found. The researchers found that patients who knowingly took a placebo for back pain saw their back pain improve and had reduced disability, compared to those who received traditional treatment.

Senior author Ted Kaptchuk explained, “These findings turn our understanding of the placebo effect on its head. This new research demonstrates that the placebo effect is not necessarily elicited by patients’ conscious expectation that they are getting an active medicine, as long thought. Taking a pill in the context of a patient-clinician relationship — even if you know it’s a placebo — is a ritual that changes symptoms and probably activates regions of the brain that modulate symptoms.”
The researchers gave 97 patients with chronic back pain a 15-minute explanation of the placebo effect. Majority of the patients were already taking medications for their back pain but none of them were strong prescription medications.

The patients were divided into two groups: one group received traditional treatment and the other received a placebo. The bottle was labeled as placebo so the participants in the second group were aware of what they were taking.

Kaptchuk added, “It’s the benefit of being immersed in treatment: interacting with a physician or nurse, taking pills, all the rituals and symbols of our healthcare system. The body responds to that.”

“Patients were interested in what would happen and enjoyed this novel approach to their pain. They felt empowered. Taking placebo pills to relieve symptoms without a warm and empathic relationship with a healthcare provider probably would not work,” added lead author Claudia Carvalho.

The findings were published in the journal Pain.

Over-the-counter painkillers found ineffective for lower back pain, harmful for liver, but may help in osteoarthritis