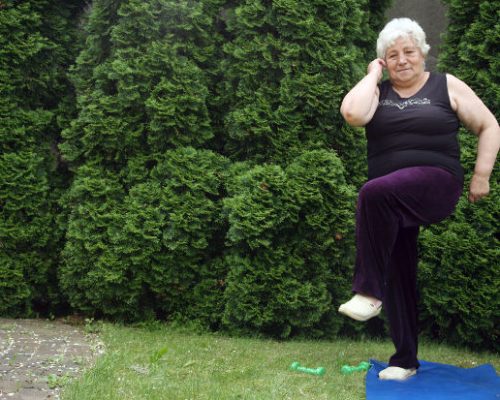 In middle-aged and elderly people, the benefits of being physically active may outweigh the cons of being obese when it comes to cardiovascular disease. This assertion comes after a recent study published in the European Journal of Preventive Cardiology found that older adults with a BMI in the obese or overweight range were not at an increased risk of developing cardiovascular disease as long as they maintained high levels of physical activity.

Author of the study Dr. Klodian Dhana explained, “Overweight and obesity is associated with a higher risk of cardiovascular disease and it is recommended to lose weight. But in the elderly this is slightly different because weight loss, especially unintentional, is associated with muscle loss and death.” Dr. Dhana and his team set out to determine whether increased physical activity was a better goal than losing weight for overweight elderly people to reduce their risk of cardiovascular disease.

The study reviewed data from 5,344 participants between the ages of 55 to 97 who had not been diagnosed with cardiovascular disease at the beginning of the study. Researchers gathered information about their BMI, physical activity, alcohol use, diet, education, and family history of premature heart attack to assess each participant’s relative risk. They were then grouped based on their BMIs into those who were of normal weight, overweight, or obese, and their physical activity was ranked as either high or low based on the average of the study’s population. The group was then observed from 1997 to 2012 and it was found that 16 percent had suffered from a cardiovascular event like a heart attack or stroke.

The results of this study suggest that in the case of the elderly, weight does not play as significant a role as the level of physical activity does in lowering the risk of developing cardiovascular disease.