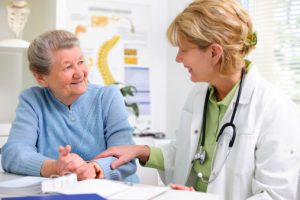 New research shows that personally tailored diabetes care is effective in women but not in men. Personalized care has been shown to reduce mortality, but only in women. The findings were published in Diabetologia.

Between 1989 and 1995 the Diabetes Care in General Practice trial (Denmark) conducted an intervention of structured personalized care in newly diagnosed patients with type 2 diabetes. Doctors stressed the importance of lifestyle changes, such as diet and exercise, and delayed the use of diabetic drugs until lifestyle changes were assessed.

After six years of tailored care no effect was seen in mortality and other pre-defined, non-fatal outcomes. The observed effect of structured personalized care on reducing blood glucose was only seen in women.

For the new findings researchers followed-up with 970 of the original 1,381 patients who survived for 13 years.

The authors said, “Structured personal diabetes care could provide women with significant attention and support and thus provide an incentive to treatment adherence. Women accept disease and implement disease management more easily, which might affect long-term outcomes. Masculinity may be challenged by diabetes, demanding daily consideration and lifestyle changes. The structured approach could conflict with men’s tendency to trust self-directed learning instead of self-management.”

“We propose that the improved outcomes in women may be explained by complex social and cultural issues of gender. There is a need to further explore the gender-specific effects of major intervention trials in order to rethink the way we provide medical care to both men and women, so that both sexes benefit from intensified treatment efforts, the authors concluded.”