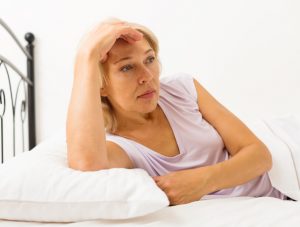 Women who report frequent nighttime hot flashes are more likely to suffer depression during menopause. The study included 29 healthy, premenopausal women aged 18 to 45 who were given a drug to reduce estrogen to mimic menopause for four weeks.

Those who believed they experienced frequent hot flashes were more likely to develop mild symptoms of depression, compared to those with few to no nighttime hot flashes. On the other hand, the actual number of hot flashes was not associated with a higher risk of depression.