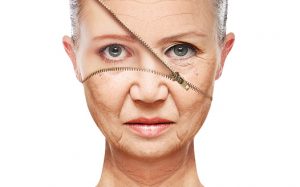 The pursuit of new and improved anti-aging therapy has led researchers to discover exactly how a peptide leads to the destruction of cells that play a role in aging. This finding reversed fur loss in mice and reversed kidney damage as well as overall frailty in rodent subjects.

Researchers describe the peptide as stopping levels of another protein called FOXO4 from increasing in senescent cells—cells that lose their ability to replicate themselves but are still metabolically active. With age, these senescent cells accumulate and previous studies have shown that they can contribute to the aging process. They do this by damaging nearby cells and impairing tissue function. The level of FOXO4 in senescent cells rises normally to prevent another protein called p53 from promoting cell death. The researchers hope that by blocking FOXO4 with the newly discovered peptide, they will be able to restore this programmed cell death in senescent cells, and encouraging results were seen in mice studies.

The study consisted of administering the peptide to older mice that had aged naturally as well as to mice that have been modified to age rapidly. Both groups of mice were documented as having health problems commonly associated with aging. These include characteristics like loss of fur, the decline in kidney health, and frailty. Some mice in each group were given infusions of peptides three times a week for 10 months, while the remaining were observed as controls.
Within 10 days, the modified mice began to experience fur regrowth, and after three weeks, the naturally aged mice began to see improvements in fitness when compared to the control mice. About one month later after peptide treatment, both groups of aged mice saw improved kidney function. Surprisingly, in the rapidly aging mice group, the peptide worked so strongly that the researchers had to scale back the dosage over the study period.

The researchers are pleased with the results seen in this study and are optimistic going forward, as their study supports previous findings showing that targeting senescent cells help reverse aging, though they admit more research is needed.

“The common thread I see for the future of anti-aging research is that there are three fronts in which we can improve: the prevention of cellular damage and senescence, safe therapeutic removal of senescent cells, [and] to stimulate stem cells – no matter the strategy – to improve tissue regeneration once senescence is removed,” says Peter de Keizer, senior author and researcher of aging at Erasmus University Medical Center in the Netherlands.