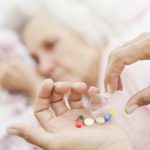 The Study Talks About Sick People Who Live Longer – The Theory

The numbers are an increase over previous years, and were attributed to the rise of 3 particular conditions, diabetes, hypertension and cancer. People could be living longer because of medical advancements surrounding these cases, or living so long that there is higher numbers of the conditions being seen. So professionals are saying there could be multiple factors at play.

It appears that the women are really winning the longevity war these days too, women in most cases have had a longer life expectancy.  Americans have traditionally had a much shorter life expectancy that other countries, but for several decades the gap has been getting a bit wider. And as time goes on it is anticipated that it could become even bigger. But if people that are living longer, are just getting sicker, are the efforts directed in the wrong way.

What it Means for Longevity and Chronic Health Conditions

The study took aim at how poorly the United States did in a number of different areas of longevity. As a matter of fact, the US does poorly in a whopping 9 areas. When it comes to infant mortality the numbers are concerning. Low birth weight babies continue to be a concern, and the USA also has the highest infant mortality rates.

Another area that does poorly in the USA is when it comes to areas outside of chronic health conditions. Deaths from injuries and homicides are at an all time high. Alcohol and drug abuse, sexually transmitted diseases and high pregnancy rates are also high. So are incidences of HIV and drunk driving to boot.

The Study Looked at 17 Countries and Various Longevity Issues

If there was 17 developed countries that were being looked at for the study, the United States fell in the upper percentile for almost all categories. The death rate from heart disease is actually the second highest of all the 17 countries looked at. Older people also say that they consider themselves to be “less mobile” than in many of the other countries.

The reasoning why individuals in the United States live longer but lower quality lives could be because of advancements in medical care across the board, which is positive news. However, one thing experts say  is very concerning is the wide variety of other issues regarding the chronic health conditions that are causing issues for people who are living so much longer. A longer, but considerably lower quality of life isn’t ideal for anyone, in the United States or in any country.

in other affluent countries. The US has the highest obesity rate and, from age 20, one of the highest levels of type 2 diabetes. The death rate from heart disease is the second highest in the 17 countries. There is more lung disease and more deaths from it than in Europe and older people report more arthritis and other limitations on their activity than in Europe or Japan.

The US is, however, good at looking after the health of the most elderly. People who reach 75 are more likely to live longer, have lower death rates from stroke and cancer, better-controlled blood pressure and cholesterol levels and lower rates of smoking than elsewhere.