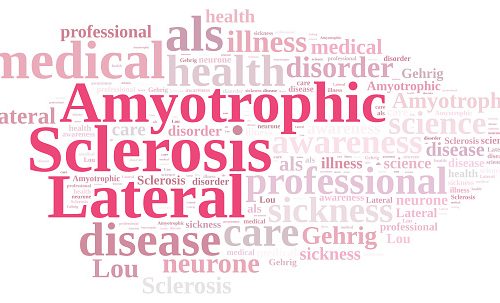 Parkinson’s disease and ALS can cause difficulties in movement and are both known to be progressive neurological diseases.

ALS is part of a cluster of disorders known as motor neuron diseases that involve gradual degeneration and death of motor neurons. In a healthy individual, messages from motor neurons in the brain are transmitted to the motor neurons in the spinal cord and sent to the particular muscles. In ALS, this communication degenerates and cells begin to die. As a result, the message that is transmitted is incomplete. Unable to function, the muscles begin to weaken and waste away over time. Eventually, communication from the brain to muscles is lost completely.

In its early stage, ALS – also known as Lou Gehrig’s disease – may appear as Parkinson’s disease, which is also a neurological disease similar to ALS. Here we will outline the causes, symptoms, and treatment options for both ALS and Parkinson’s disease to help you understand the differences between the two.

It is not clear how many people are affected by ALS, but the estimates range between 12,000 and 15,000. Doctors tell roughly 5,000 patients annually that they have ALS. Records on ALS have not been well kept across the country, so estimates may fall way below the actual rates. Common age of ALS diagnosis is between 55 and 75, and life expectancy is anywhere between two and five years after the onset of symptoms. Longevity in ALS is strongly linked to a person’s age. Younger individuals with ALS tend to live longer than those diagnosed at an older age.

Link between Parkinson’s disease and ALS

Parkinson’s disease and ALS are a lot more similar than you may think. The two neurological diseases share neurons that are highly sensitive to stress, misfolded proteins and reduced protein recycling, toxic proteins that spread from neuron to neuron, and neuroinflammation which is triggered by the immune system and aggravates the condition.

These commonalities between ALS and Parkinson’s disease allow researchers to better hone in on more effective treatments for both diseases.

Difference between Parkinson’s disease and ALS signs and symptoms

In the early stages of the disease, ALS patients may notice that performing regular everyday tasks has become more challenging. For example, they may experience difficulty climbing steps or getting up from a chair. Symptoms may first begin on one side of the body, but as the condition progresses, they spread to both sides.

As you can see, ALS and Parkinson’s disease share symptoms associated with the negative impact of both conditions on movement and muscle function.

When certain nerve cells in the brain begin to die or break down that is what causes Parkinson’s disease, but why this occurs is unclear. Some factors that contribute to nerve cell death include genetics as specific gene mutations have been identified to contribute to Parkinson’s disease, environmental factors such as exposure to certain toxins, the presence of Lewy bodies in the brain, as well as alpha-synuclein found in Lewy bodies.

There are many unanswered questions about ALS, including the root cause. What we do know is that nerve cells that control the movement of muscles gradually die in ALS patients.

Researchers around the world continue to investigate the possible causes of ALS, including whether the immune system plays a role in attacking the body cells, potentially killing nerve cells. Scientists are examining chemical imbalance and trying to determine if proteins in people with ALS are being incorrectly processed by nerve cells.

Environmental factors are also being put under the scrutiny. One study has stated that members of the military personnel in the Gulf region during the 1991 war were more likely to develop Lou Gehrig’s disease than military personnel stationed anywhere else. The question is, could mechanical or electrical trauma, exposure to high levels of exercise, exposure to high levels of agricultural chemicals, or heavy metals play a role?

Studies into ALS have revealed some interesting insight. For example, it may just be that some people with this disease are triggered by certain environmental factors. The environmental triggers under investigation include smoking, lead exposure, and military service. Recent research has indicated that people who have served in the military are at a higher risk of getting ALS.

Studies are also looking at the entire human genome, since research has uncovered a number of genetic variations that people with familial ALS and some with non-inherited ALS have in common. These variations might make people more prone to ALS.

While muscle control and speech problems are earlier signs of ALS, complications arise and include paralysis and difficulty breathing. Some people use ventilation machines to assist them in breathing, and others choose to have a tracheostomy, which is a hole created at the front of their neck leading into their windpipe to allow for the use of a respirator to inflate and deflate their lungs. Respiratory failure is the most common cause of death for people who are diagnosed with ALS.

Difference in Parkinson’s disease and ALS diagnosis and treatment

There is currently no specific test that can be performed to directly diagnose Parkinson’s disease, but an array of different tests can help narrow down on a diagnosis. If Parkinson’s disease is suspected, a patient will be referred to a neurologist and geriatrician. Diagnosis is commonly confirmed with the presence of at least two of the three most common symptoms: Shaking or tremor that occurs at rest, slowness of movement, and muscle stiffness. A doctor will also perform brain scans to diagnose Parkinson’s disease and to check for other conditions that could be causing similar symptoms.

There is also no cure for Parkinson’s disease, but treatments are available to manage the symptoms and slow down the disease progression. Alongside traditional treatments, supportive therapies are used to improve different aspects of a person’s health.

Surgery is also a treatment option for Parkinson’s disease and is best suited for those who had a good response to levodopa, but still have difficulties with movement or who experience large fluctuations in their levodopa levels.

Supportive therapies for Parkinson’s disease include physical therapy to improve movement, occupational therapy, speech and language therapy, and diet modifications such as increasing fiber and salt intake, eating frequently but in smaller portions, and adjusting the diet to prevent unintentional weight loss.

ALS is very hard to diagnose because – like with Parkinson’s disease – no specific test has been established to determine if a person has this fatal condition. A clinical examination, diagnostic tests, and often ruling out other diseases can help a doctor identify the problem. Diagnostic tests may include blood and urine tests, a spinal tap, X-rays, an MRI, an EMG, or even a muscle or nerve biopsy. A thorough neurological examination is also a diagnostic measurement.

Since there is no cure for ALS, the treatment focuses on helping the patient cope with the symptoms, preventing unnecessary complications, as well as slowing the progress of the disease. There is an FDA-approved drug (Riluzole) that has slowed the progression of ALS is some people. Doctors also prescribe various medications to treat the many symptoms of the disease.