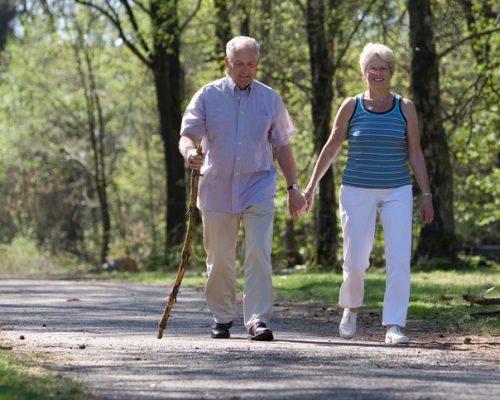 Principal investigator Dr. Ariane Park explained, “Our findings demonstrate that long-term group exercise programs are feasible in the Parkinson’s disease population. Patients enjoyed exercising, and they stayed with the program that included cardiovascular and resistance training. Our study also showed that earlier participation in a group exercise program significantly improved symptoms of depression, compared to the delayed start group, and this is important because often mood can be more debilitating than motor symptoms.”

Over 50 percent of Parkinson’s disease patients suffer from depression, and that is why it is so important for these patients to find an effective way of coping with their mental condition.

The researchers hoped that exercise would also offer protective effects against the progression of the disease, but unfortunately this did not occur.

Dr. Park concluded, “We recommend exercise to all of our Parkinson’s patients. Currently, there is no consensus on a standardized physical exercise regimen with regard to type, frequency, and intensity. The literature supports that any routine that improves physical fitness is good for Parkinson’s disease — and that can include walking, swimming, tai chi, or even dancing. We just want patients to move on a regular basis. Not only will they move better, but they will feel better.”

In an alternative study, the researchers found that people with Parkinson’s disease who regularly walk as an exercise may improve their disease symptoms. Study author Ergun Y. Uc explained, “The results of our study suggest that walking may provide a safe and easily accessible way of improving the symptoms of Parkinson’s disease and improve quality of life.”

The study included 60 participants who took part in walking sessions three times a week for 45 minutes for six months. Average walking speed was 2.9 miles per hour. Participants exercised at 47 percent of their heart rate reserve.

Dr. Uc added, “People with mild-moderate Parkinson’s who do not have dementia and are able to walk independently without a cane or walker can safely follow the recommended exercise guidelines for healthy adults, which includes 150 minutes per week of moderate intensity aerobic activity, and experience benefits.”