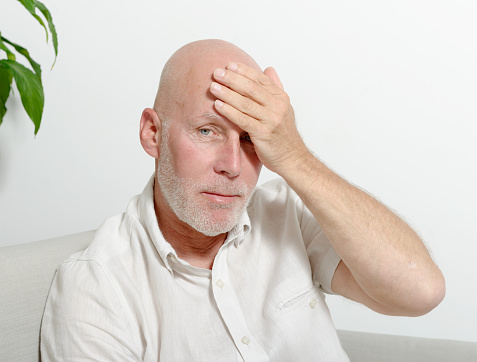 Pain perception has been found to be altered in patients with Alzheimer’s disease. The study found that Alzheimer’s disease may change a person’s ability to experience pain or recognize that they are in pain. This is problematic because the concomitant health issues may go undetected, causing further complications.

The participants were subjected to different heat sensations and then were asked to report their pain levels.

First author Todd Monroe said, “We found that participants with Alzheimer’s disease required higher temperatures to report sensing warmth, mild pain, and moderate pain than the other participants. What we didn’t find was a difference between the two groups in reporting how unpleasant the sensations were at any level.”
The subjects in the Alzheimer’s group were less likely to recognize pain.

Monroe added, “While we found that their ability to detect pain was reduced, we found no evidence that people with Alzheimer’s disease are less distressed by pain nor that pain becomes less unpleasant as their disease worsens.”

Additional research is required to further explore pain perception among Alzheimer’s patients. The researchers recommend that physicians use a variety of tests to assess pain sensitivity in their patients – especially in those who have problems with verbal communication.

Monroe concluded, “As people age, the risk of developing pain increases, and as the population of older adults continues to grow, so will the number of people diagnosed with Alzheimer’s disease. We need to find ways to improve pain care in people with all forms of dementia and help alleviate unnecessary suffering in this highly vulnerable population.”