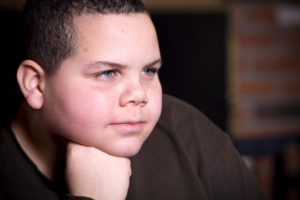 A new study has found that adolescents with a high body mass index (BMI) are at a higher risk of suffering from cognitive impairment in their midlife years. To investigate this association, the researchers analyzed 507 people who were tracked on average for 33 years, beginning at the age of 17. The participants completed computerized cognitive assessments at ages 48 to 52.

Senior author Prof. Jeremy Kark explained, “In this population-based study of a Jerusalem cohort, followed longitudinally from adolescence for over 33 years, we found that higher BMI in late adolescence and the long-term cumulative burden of BMI predicted poorer cognitive function later in life. Importantly, this study shows that an impact of obesity on cognitive function in midlife may already begin in adolescence, independently of changes in BMI over the adult life course.”

“Our results are consistent with the hypothesis that childhood living conditions, as reflected also by height, influence cognitive function later in life. However, our study is unique in showing that an adverse association of higher BMI with cognitive function appears to begin in adolescence and that it appears to be restricted to adults with lower childhood socioeconomic position,” added Prof. Kark.

Cohen-Manheim concluded, “Evidence for the association between impaired cognitive function in midlife and subsequent dementia supports the clinical relevance of our results. Findings of the relation of BMI in adolescence with poorer midlife cognitive status, particularly in light of the ongoing epidemic of childhood obesity, require confirmation.”

In Alzheimer’s disease, cognitive impairment may be improved with probiotics: Study