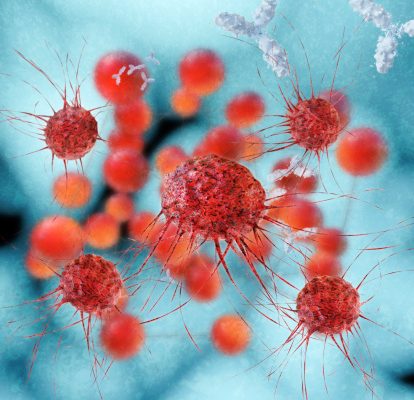 A team of UCLA researchers said they have figured out why ovarian cancer comes back after treatment with the chemotherapy drug carboplatin.

The researchers discovered that some of the tumor cells that don’t produce the protein CA125, have a strong ability to repair their DNA and resist programmed cell death. This allows the cells to dodge the effects of the drug and live long enough to engineer a relapse of the original tumor.

According to Deanna Janzen, the study’s lead author and a senior scientist in the G.O. Discovery Lab at UCLA, the ability of these cells to resist carboplatin therapy, along with their regenerative ability, is what makes them so dangerous.

Over the course of the study, the scientists were able to circumvent this problem and eliminate the deadly population of cells responsible for repopulating the tumor by pairing the chemotherapy with an experimental drug. The drug, birinapant, makes the CA125-negative cells more sensitive to the chemotherapy by restoring programmed cell death.

The details of the study are published in the August edition of Nature Communications,
By combining chemotherapy with birinapant, the researchers were able to improve disease-free survival in laboratory models of human ovarian cancer significantly, when compared to using either therapy alone. This suggests that targeting the CA125-negative cells may improve outcomes in this most common subtype of ovarian cancer. This is vital, since following traditional treatment, almost 80 to 85 percent of the patients reported a recurrence of the cancer.

These cells reacted like hair does to chemotherapy. The treatment damages most of patients’ hair cells, causing the hair to fall out. But the cells responsible for hair growth live on, so hair regrows after therapy stops.

According to Sanaz Memarzadeh, a senior author of the study and a UCLA gynecologic cancer surgeon, it is frightening that the chemotherapy drug killed the CA125-positive cells and left behind the cells armed with the capacity to regrow the tumor.

The good news is that the researchers found a small molecule drug being tested in cancers that activates programmed cell death and decided to test it in combination therapy. And it worked.

Going forward, the researchers plan to conduct a clinical trial of the combination therapy in women whose tumors have high levels of the anti-death protein. They estimate that about 50 percent of women with ovarian cancer have tumors with this type of protein and would qualify for the trial.

The team hopes that if this combination of drugs proves effective, we may be able to improve outcomes for this deadly disease.