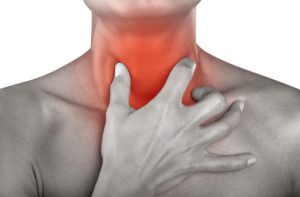 The results of a study led by researchers at the Johns Hopkins Bloomberg School of Public Health could lead to new follow-up protocols for oropharyngeal cancer patients.

Cancer in the oropharynx is responsible for almost 3% percent of new cancers in the United States.

In a study among 67 oropharyngeal cancer patients, traces of HPV16 DNA in their oral rinse after treatment showed up in five cases. In these cases, the cancer recurred. However, most of the recurred cancer was localized to the oropharynx (the walls of the throat, back of the tongue, tonsils, and the soft palate) and had spread to other regions of the body.

The fact that all of the patients who had HPV16 DNA in their rinses after treatment, went on to have a relapse of the malignancy, means that the post-treatment detection of HPV16 DNA is very significant for prognosis, said researchers.

However as the sample size in this study was very small, Gypsyamber D’Souza, an associate professor in the Department of Epidemiology at the Johns Hopkins Bloomberg School of Public Health and a member of the Sidney Kimmel Comprehensive Cancer Center, stressed the need for more research before a final conclusions is drawn.

For their study, researchers closely analysed 124 oropharyngeal cancer patients. Of the 124 patients, 67 had oral HPV16 DNA in their oral rinse at the time of diagnosis. After treatment, 62 patients no longer had HPV DNA detectable in their oral rinse, but five did.

The presence of HPV16 DNA in the post-treatment rinse could mean one of two things: The treatment did not completely eradicate the cancer or the cancer returned.

While HPV-related oropharyngeal cancer responds well to surgery, the surgical treatment is not as successful if the cancer is detected after metastasis (spread to other parts of the body).

“There was a lead time of several months between when we detected HPV16 DNA in the rinse and when they were diagnosed with recurrence,” said D’Souza. “If we had known at the rinse time, it would have given a lead time for treatment.”

The researchers noted the study was small. The study is published July 30 in the journal JAMA Oncology.