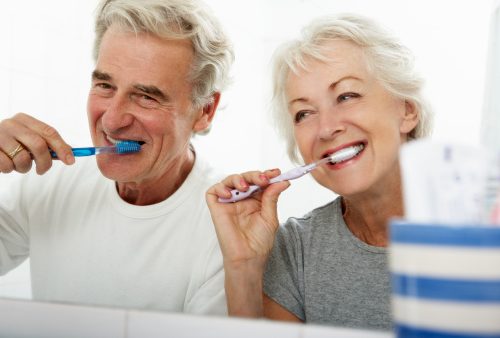 Oral bacteria have been found to increase the risk of hemorrhagic stroke. Within a single hospital, the researchers studied the patients admitted for stroke to uncover an association between oral bacteria and hemorrhagic stroke. In patients who experienced intracerebral hemorrhage (ICH), 26 percent were found to have a specific bacterium in their saliva known as cnm-positive Streptococcus mutans. In those who experienced other types of stroke, the bacterium was found to reside only in six percent of patients.

The researchers also used MRI to screen the patients for cerebral micro-bleeds (CMB), small brain hemorrhages caused by dementia, that can contribute to ICH. CMB occurrence was found to be higher in patients with higher levels of the bacteria, compared to those without the bacteria.

The researchers suggest that the bacteria may bind to blood vessels that become weak over time due to age and high blood pressure, causing hemorrhages.

Lead researcher Robert P. Friedland said, “This study shows that oral health is important for brain health. People need to take care of their teeth because it is good for their brain and their heart as well as their teeth. The study and related work in our labs have shown that oral bacteria are involved in several kinds of stroke, including brain hemorrhages and strokes that lead to dementia.”

Cnm-positive S. mutans is found in 10 percent of the population and contributes to cavities. Friedman is now exploring how the bacteria may contribute to other illnesses as well.

Case studies indicating the association between oral health and stroke date back as early as 1989. The Centers for Disease Control and Prevention (CDC) suggests that oral bacteria promote inflammation, and periodontal disease can worsen preexisting health outcomes.

It has been found that patients with periodontal disease are at a higher risk of coronary artery disease and stroke, compared to those without the disease. Further research has shown a link between gum disease and hardening of the arteries as well, which increases the risk of stroke.

Missing teeth have also been shown to be a risk factor for ischemic heart disease. Some findings uncovered that veterans who lost alveolar bone around their teeth in their 30s were 2.8 times more likely to suffer from stroke. Furthermore, the presence of one to 14 teeth was linked to higher risk of coronary heart disease.

Oral hygiene is not just important for teeth and gums. Time and time again, it has been found to play a role in other bodily systems like the heart. It is highly important that you take the time to get regular oral exams and practice proper oral hygiene, including brushing and flossing on a regular basis.