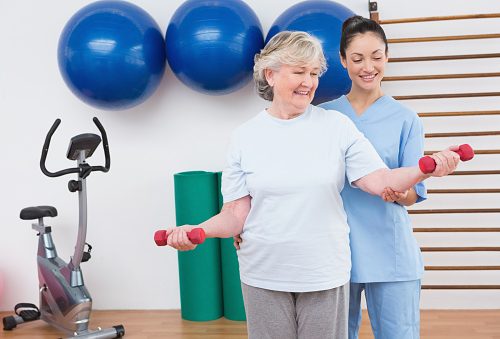 Researchers from the University of California, Los Angeles Health Sciences discovered that only one in 10 heart failure patients are being referred to cardio rehabilitation post treatment – a number which is surprisingly low.

Cardiac rehab is seen as an integral component to recovery; evidence has shown it to be effective for improving the quality of life and minimizing the risk of future hospitalization.

Researchers examined data from more than 100,000 patients with heart failure. Patients were discharged from the hospital between 2005 and 2014 and all were eligible for cardiac rehab programs.

Senior author Dr. Gregg Fonarow, MD, said, “Although we expected some under-referral to cardiac rehabilitation in the heart failure population, the results of this study are startling. Given the individual and the public health benefits of such programs and the escalating health care expenditures related to heart failure hospitalizations, our findings point to the need for better strategies to increase physicians’ and patients’ awareness about the importance of cardiac rehabilitation.”

Each year in the U.S. there are 870,000 new cases of heart failure. Heart failure refers to the heart’s inability to pump blood and perform its role of supplying blood to the rest of the body. In a year, the direct costs from heart failure are nearly 30 billion dollars.

Symptoms of heart failure include shortness of breath, fatigue and lung congestion.

Numerous clinical trials revealed that heart failure patients who underwent a 36-week program with a strong focus on aerobic exercise training to improve the heart were able to perform daily activities with higher success, as opposed to those who did not take part in cardiac rehabilitation. A 2007 study revealed those who took part in cardiac rehab post-hospitalization had lower incidences of future hospitalizations, improved daily lives and lower mortality rates.

Cardiac rehab was approved in 2013 for eligible patients of heart failure by the federal Centers for Medicare and Medicaid Services.

The latest study is the first of its kind to examine rates of cardiac rehab referrals since cardiac rehab has been approved. Their findings, which were based on 105,619 hospitalized heart failure patients, revealed only 10.4 percent of eligible patients were referred to cardiac rehab. An increase in referral rates was seen over the course of the decade but still continued to be low.

Those who were referred tended to be patients who were younger, mostly male and also received guideline-recommended heart failure medication.

Fonarow added, “Physicians who are more likely to incorporate state-of-the-art therapies in the management of heart failure patients appear also to be more likely to refer their patients to cardiac rehabilitation programs. This suggests that raising awareness about the benefits of these programs may be an effective strategy for increasing referrals.”