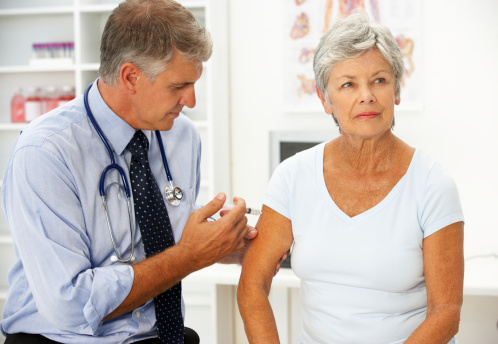 One-third of menopausal women in the U.S. are taking hormone compound drugs that are unapproved and/or untested. These women believe hormone therapies are safer than the FDA approved treatments, but new cases of endometrial cancer among compound drug users reveals how dangerous they can truly be.

Roughly 3,700 women between the ages of 40 and 84 completed a survey based on their hormone drug use. Their opinions on what they thought the drugs would do, what benefits they actually received, and what side effects or health problems they experienced were all reported.

Nearly 1,000 respondents were taking or currently used compound hormone drugs during menopause. Of the total, 42 percent of those taking the drugs believed they were “natural” or “bioidentical” and generally safer than other hormone drugs. There are currently over 30 different FDA-approved hormones, many of which are close to human hormones.

National American Menopause Society executive director, Wulf H. Utian, said, “The term ‘bioidentical’ has no basis in science and should be dropped from medical jargon. These are simply compounded hormones, period.”

Women on the compound drugs expected benefits such as improved mood, less irritability, better sleep, more energy, less depression, improved muscle mass, better memory, an increase in sexual desire and overall better appearance and weight loss. None of these benefits have been proven with the use of compound hormone drugs.

Study lead, Emeritus Margery Gass, said, “Clinical trial, prescribing, and postmarketing data are all available to tell us how safe and effective the FDA-approved hormone therapies are, but none of that is available for compounded hormone therapy. Because so many women are using these untested therapies with unknown risks, we need to find out what those risks are. Federally mandated, centralized reporting of prescriptions filled by compounding pharmacies would be a better approach, and the benefits and risks can be determined only by randomized clinical trials.”

The findings were published in Menopause.