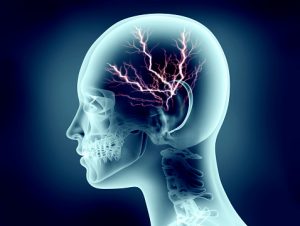 Getting older is not fun. We get tired more quickly and more often, we lose much of our strength, and we are slower mentally. While this can make us envy the young, our bodies have learned to cope with the unavoidable course that is the aging process.

A new study finds that older brains have increased communication between distant regions of the brain, helping them compensate for the negative aspects of aging.

The complexity of the human brain

Neuroscience teaches us that the majority of brain function occurs in their designated regions. This includes our ability to move our arms and legs and make quick decisions.

A team of researchers found that an aging brain shows more bilateral communication than a younger brain. That is to say that older people tend to use both halves of their brain rather than relying on one side to achieve most tasks.

“This study provides an explicit test of some controversial ideas about how the brain reorganizes as we age. These results suggest that the aging brain maintains healthy cognitive function by increasing bilateral communication,” said lead author Simon Davis, Ph.D.

The researchers used a brain stimulation technique known as transcranial magnetic stimulation (TMS) to modulate brain activity in healthy older adults. When they were being stimulated by the device, memory games were played, serving as a control while memory regions of the brain were depressed.

What the team observed is that when actively reducing the regions responsible for memory in the left hemisphere, communication with the same region in the right hemisphere increased. This suggested that if one side was not able to keep up with a particular task, the equal and opposite side would help pick up the slack.

To further investigate this finding, similar testing was done on the prefrontal cortex of the brain. When this region was excited, communication seemed to only increase within the left hemisphere and not the right. This suggested that bilateral communication may only occur on an “as needed basis.”

Additionally, the subjects with greater bilateral communication had stronger white matter fibers connecting both hemispheres. This finding may be a strong predictor of brain efficiency later in life, according to the researchers.

“Good roads make for efficient travel, and the brain is no different. By taking advantage of available pathways, aging brains may find an alternate route to complete the neural computations necessary for functioning,” said Davis.
Future brain stimulating techniques could possibly help promote this bilateral communication between hemispheres, but further research will need to be done in that respect.