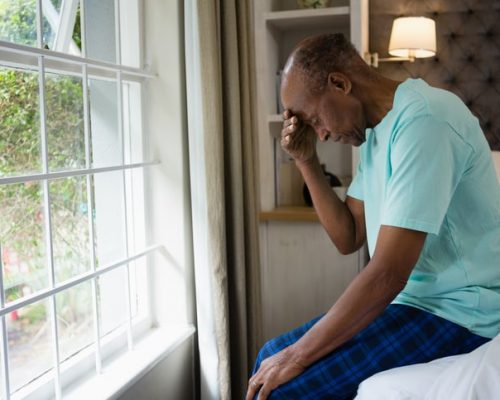 Arthritis affects nearly half of the adult population over the age of 65 in the United States. Because it is so prevalent, treatment and diagnosis of arthritis are estimated to cost the healthcare system $81 billion per year. It has also been identified as one of the major causes of activity limitation in the older population, resulting in a lower quality of life.

There are limited options for the treatment of arthritis, including its different aspects such as cartilage loss, pain, and emotional disturbances. There are currently no viable options for maintaining cartilage in patients with arthritis and there are only a limited number of safe and effective treatments for managing the pain associated with the condition.

The other aspect of arthritis that many do not discuss or may not even be aware of is the related emotional burdens of the condition. It has been found that even minor depression or emotional disturbances can have the same effects as a major depressive episode on patients suffering from arthritis. This includes increased pain and functional impairment and, as a result, increased risk of mortality.

The two conditions are well established in the research literature as comorbidities, but there is only limited information about how the development of depression affects the prevalence of arthritis and past research has focused on very limited sample populations, leaving many unknowns about the broader population in the United States.

A set of researchers sought to examine just this, and to determine how varying levels of depression affect arthritis rates in the older population. They analyzed data collected through the National Health and Nutrition Examination Survey, which have been performed each year since 1999. The researchers gathered information on and interviewed 4,792 participants over the age of 50. The participants were separated into a control group and three experimental groups based on mild, moderate, or severe depressive symptoms.

Depression Increases the Risk of Arthritis

They found that, without question, there were higher rates of arthritis in all three experimental groups compared to the control group. Those with mild symptoms showed an increased prevalence of 55 percent, moderate symptoms related to an increase of 62.9 percent, and severe depressive symptoms increased the prevalence of arthritis by 67.8 percent. The highest prevalence was found in the age group between 50 and 69 years of age.

Additional research is needed to determine the effectiveness of biopsychosocial strategies and interventions by mental health professionals in the treatment of arthritis and depression as comorbidities.