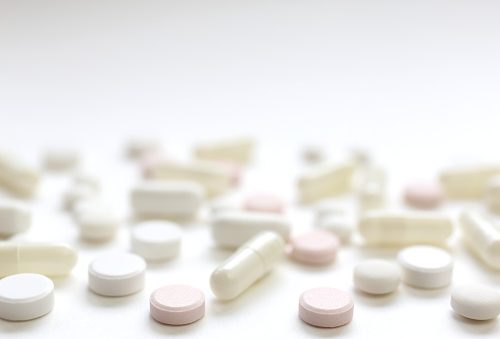 Old rheumatoid arthritis drug salsalate offers new hope to treat Alzheimer’s disease. The findings come from researchers at the Gladstone Institutes who found that salsalate effectively reverses tau-related dysfunction in an animal model of frontotemporal dementia (FTD). The drug also effectively prevented the accumulation of tau in the brain (characteristic of Alzheimer’s disease) and protected against cognitive impairments resembling those in Alzheimer’s and FTD.

Acetylated tau is found to be particularly toxic to the brain. Administered in mice, salsalate successfully reversed these toxic effects, not only lowering tau protein levels in the brain, but also improving memory impairments and protecting against atrophy of the hippocampus.

Co-senior author Li Gan said, “We identified for the first time a pharmacological approach that reverses all aspects of tau toxicity. Remarkably, the profound protective effects of salsalate were achieved even though it was administered after disease onset, indicating that it may be an effective treatment option.”

One of the distinct processes associated with Alzheimer’s disease is the accumulation of tau in the brain, causing toxicity and contributing to dementia, so it’s not surprising that dementia research is targeting this particular protein. Still, a tau-specific drug is yet to be developed and tau accumulation remains a mystery.

Gan found that tau acetylation is one of the first signs of the disease even before tau tangles are detected. A particularly toxic version of protein, acetylated tau promoted neurodegeneration and cognitive issues.

The researchers found that salsalate inhibits the protein p300 in the brain. In Alzheimer’s disease, this protein is elevated and triggers acetylation. Blocking tau acetylation through p300 inhibition enhanced tau turnover and effectively reduced tau levels in the brain. This reversed the tau-induced memory deficits and prevented loss of brain cells.

Co-senior author Eric Verdin said, “Targeting tau acetylation could be a new therapeutic strategy against human tauopathies, like Alzheimer’s disease and FTD. Given that salsalate is a prescription drug with a long history of a reasonable safety profile, we believe it can have immediate clinical implications.”

The scientists say a clinical trial that is using salsalate to reduce tau levels in progressive supranuclear palsy (another neurological condition associated with tau activity) has already been initiated.

Alzheimer’s disease affects memory, thinking, speech – essentially, all aspects of the brain. Over time, a person becomes progressively forgetful and eventually is unable to perform daily tasks on their own. Although medical advancements in Alzheimer’s disease treatment have come a long way, there has yet to be a cure.

Treatment options for Alzheimer’s disease include:

Memantine (Namenda): This drug works in an alternative brain communication center and slows the progression of symptoms. It can be combined with other treatments to boost effectiveness.

Anti-anxiety medications: These drugs may ease symptoms, but do come with side effects, including increased risk of falls, dizziness, and confusion.

Treatment for Alzheimer’s disease is usually based on a few factors, including age, disease severity, suitability of medications one’s lifestyle, and personal and family preference. Although medications may help ease symptoms related to Alzheimer’s, they do come with side effects, so it’s important to discuss these with your doctor prior starting the treatment.

It’s good to supplement medical treatment with lifestyle changes and home remedies as well, like getting in regular exercise, eating well, and ensuring you’re getting in all essential nutrients.

Working closely with your doctor and having the support of family and caregivers can ensure you stick with your treatment plan for optimal benefit.

In fibromyalgia, cognitive symptoms are worse than in rheumatoid arthritis

Rheumatoid arthritis symptoms can be reduced with an experimental drug, Baricitinib: Study