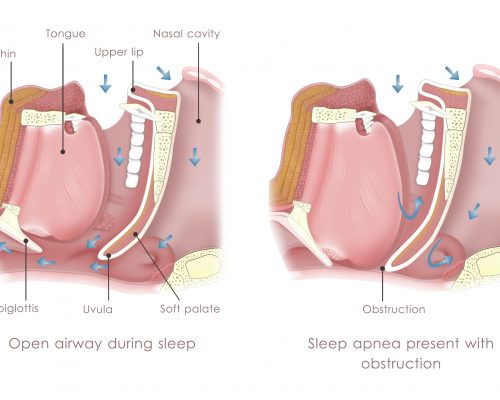 The authors wrote, “This study prospectively examined the relationship of asthma with OSA assessed with laboratory-based polysomnography and found that preexistent asthma was a risk factor for the development of clinically relevant OSA in adulthood over a four-year period. Furthermore, the asthma-OSA association was significantly dose-dependent on duration of asthma. Studies investigating the mechanisms underlying this association and the value of periodic OSA evaluation in patients with asthma are warranted.”

Lead researcher Mihaela Teodorescu said, “This is the first longitudinal study to suggest a causal relationship between asthma and sleep apnea diagnosed in laboratory-based sleep studies. Cross-sectional studies have shown that OSA is more common among those with asthma, but those studies weren’t designed to address the direction of the relationship.”

During the eight-year follow-up, 45 participants developed asthma and were 48 percent more likely to develop obstructive sleep apnea as well.

Principal investigator Paul Peppard said, “Forty-eight percent represents a large difference. This is one result that calls for a follow-up study. If confirmed by a larger study with more asthma cases, the finding would have important clinical relevance”

“For now, it makes sense for clinicians to consider asthma history, as well as more traditional factors associated with OSA such as obesity, when deciding whether to evaluate patients for OSA with a sleep study,” Dr. Peppard continued.

Additional research on child cohorts could be particularly beneficial in future studies of asthma and obstructive sleep apnea, as the strongest association was seen in those with childhood asthma.