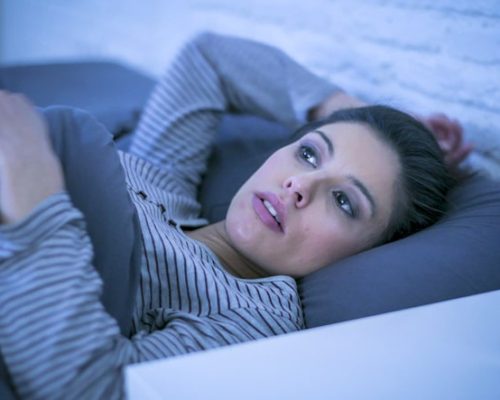 A new study has found that obstructive sleep apnea (OSA) and snoring have a link to cardiovascular disease that affects women earlier in life than men. Obstructive sleep apnea is a surprisingly common sleep disorder, causing a person to temporarily stop breathing while they are asleep. It is known to increase a person’s risk for left and, less commonly, right ventricular dysfunction.

The condition is characterized by several noticeable symptoms, including loud snoring, gasping for air during sleep, dry mouth upon waking, morning headache, and irritability. The researchers urge people to carefully monitor their partners during sleep if they happen to be loud snorers. They claim that many people who snore loudly regularly are undiagnosed with obstructive sleep apnea.

For the study, the researchers analyzed data from 4,877 participants, collected by the UK Biobank. The participant data was emitted into the study pending the performance of a cardiac MRI. The participants were divided into three subgroups based on their level of sleep disturbance. In the obstructive sleep apnea group, there were 118 participants, 1,886 were self-reported snorers, and the other 2,477 were unaffected by either affliction and designated as the control group.

“Our analysis showed that in both genders of the OSA and snoring groups there was an increase in left ventricular mass, meaning that the walls of the heart’s main pumping chamber are enlarged, making the heart work harder,” said lead author Adrian Curta.

After comparing the snoring and the control groups, there was a clear statistical difference between men and women when it came to the mass in the left ventricle, with women showing a much higher increase than men.

Loud Snorers May Have Undiagnosed OSA

“We found that the cardiac parameters in women appear to be more easily affected by the disease and that women who snore or have OSA might be at greater risk for cardiac involvement,” said Dr. Curta. “We also found that the prevalence of diagnosed OSA in the study group was extremely low. Together with the alterations in cardiac function in the snoring group, it leads us to believe that OSA may be grossly underdiagnosed. I would encourage people who snore to ask their partner to observe them and look for phases during sleep when they stop breathing for a short while and then gasp for air. If unsure, they can spend the night at a sleep lab where breathing is constantly monitored during sleep, and even slight alterations can be recorded.”

The researchers stressed the importance of being diagnosed with obstructive sleep apnea earlier on so it can be properly treated before its effects on cardiovascular health take hold. This is also important as treatment options for the condition vary from patient to patient, and early diagnosis allows medical practitioners enough time to formulate a successful treatment plan.

As always, further research will be needed to fully understand the role that sex plays in the relationship between OSA, snoring, and cardiovascular disease.