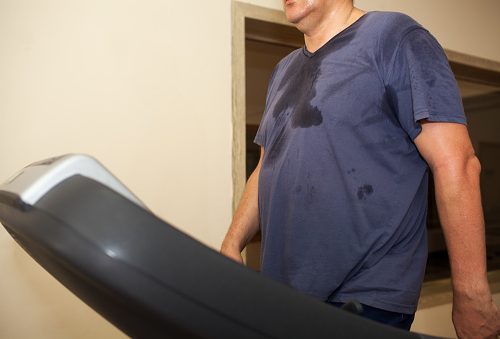 A new study suggests that obesity it more dangerous than lack of fitness refuting the concept “fat but fit.” Researchers found that the protective effects of high fitness in obese people are negated.

Much research has been conducted on the negative effects of low aerobic activity among the elderly but very little studies have been done on aerobic activity in younger generations. The study, led by Swedish researchers, looked at 1,317,713 men with an average age of 29 and aimed to uncover the link between aerobic activity and how obesity affects it. Participants were to cycle until it brought upon fatigue.
Men in the highest fifth of aerobic fitness had a 48 percent reduction of death risk from all causes compared to those in the lowest aerobic fitness levels. Causes of death in those of the lowest fitness levels experienced higher death rates through suicide or alcohol or narcotics use along with more trauma-related deaths. Co-author, Peter Nordström, could not offer an explanation for the findings, explaining, “We could only speculate, but genetic factors could have influenced these associations given that aerobic fitness is under strong genetic control.”

The researchers also looked at the concept of “fat but fit” and found that men of average weight regardless of fitness levels, were at lower risk of death compared to obese men with high aerobic fitness levels.

On the other hand, obese people still benefit from exercise but the findings of the study suggest that the benefits weaken the more obese a person is when it comes to reducing risk of death.

The study was limited to men and so researchers cannot rule out that “fat but fit” doesn’t apply to women or not.