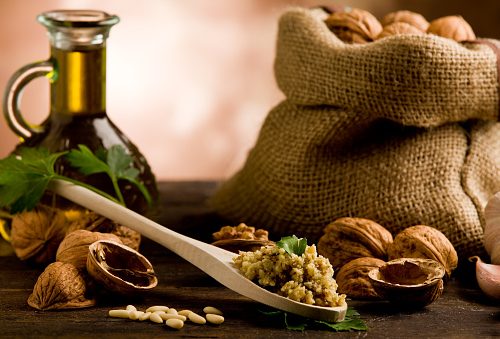 A new study has found that obese individuals with a metabolic syndrome actually require more vitamin E. They undergo higher oxidative stress, but their condition makes the body utilize it less efficiently. The researchers suggest this vitamin E paradox is what could be contributing to the wide range of diseases associated with metabolic syndromes, including heart disease, diabetes and cancer.

More than one in three Americans face a metabolic syndrome, which is categorized as having three or five common issues that raise health concerns.

In theory, vitamin E should be readily available to obese individuals because it is a fat soluble nutrient, but the new research says otherwise.

Maret Traber, Ph.D., principle investigator, said, “Vitamin E is associated with lipids, or the fats found in the blood, but it’s mostly just a micronutrient that’s going along for the ride. What we found was that tissues of obese people are rejecting intake of some of these lipids because they already have enough fat. In the process they also reject the associated vitamin E. So even though the tissues are facing serious oxidative stress, the delivery of vitamin E to them is being impaired, and they are not getting enough of this important micronutrient.”

Antioxidants like vitamin E and vitamin C work to control oxidative stress, which causes damage. However, millions of Americans do not consume enough vitamin E in their diets. Vitamin E is found to be highest in nuts, seeds and olive oil.

Dr. Traber added, “Another concern is that when people try to lose weight, often the first thing they do is limit their fat intake. This may make sense if you are trying to reduce calories, but fat is the most common source of vitamin E in our diets, so that approach to weight loss can sometimes actually worsen a nutrient deficiency.”

Dr. Traber recommends consuming healthy and balanced meals along with a multivitamin containing 100 percent of the daily allowance of vitamin E. He also suggests taking vitamins with a fat as many of them are fat soluble.

The findings concluded that those who are obese require higher dosages of vitamin E in order to prevent nutrient deficiency.