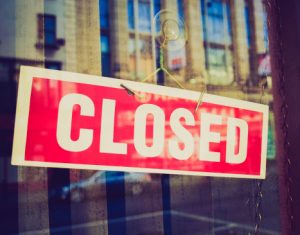 Nearly 60 students from the University of Rochester have been stricken with norovirus (stomach flu). Students have been experiencing vomiting, nausea, and diarrhea, and at least one student has a confirmed norovirus diagnosis.

Dining services are planning to temporarily suspend self-service operations. School officials are reporting that the source of virus is not the food itself, but rather the handling of shared utensils by numerous customers.

The school is undergoing extensive sanitization of the River Campus and Eastman School residential common areas and bathrooms.

Norovirus is highly contagious and symptoms may last for a couple of days. Some patients may experience a low-grade fever, chills, headache, and muscle aches along with gastrointestinal symptoms.

Twenty-eight students from the University of Minnesota residence hall have fallen ill from an unknown source within a short period of time. School officials are prompting for a thorough sanitization of dormitories and dining halls as a means to prevent further illness.

The suspected cause of the illness is norovirus, as symptoms experienced by the students were nausea, vomiting, and diarrhea. Health officials are interviewing students about what they ate in order to narrow in on a cause.

“Over the past 24 hours the university has received reports of nausea, vomiting, and diarrhea in residents of Frontier Hall. The cause is unknown, although the symptoms are consistent with a mild, self-limiting viral infection,” Henneberry added.

Prevention of norovirus includes frequent and proper hand washing, not sharing food, drinks, or utensils, and avoiding contact with those who are sick. 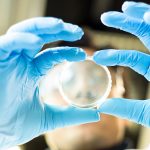 A study found that treating surfaces with cold atmospheric pressure plasma (CAPP) can help reduce transmission of norovirus – a common cause for gastrointestinal problems like vomiting and diarrhea. The findings showed that CAPP significantly reduced virus particles from norovirus samples. CAPP is effective at killing bacteria, but does not pose a risk to human tissues. It has a few medical applications, like wound healing. Further investigation of CAPP is to determine if it can remove harmful bacteria from fruits and vegetables.

Senior study author Günter Klein said, “CAPP is an environmentally friendly, low energy method that decreases the microbial load on surfaces. The technology is effective against viruses with a high tenacity, like noroviruses. Its successful application in medical therapy should be transferred to other areas.”

The researchers prepared sterile petri dishes with norovirus-infected stool samples. The samples were treated with CAPP for varying time periods, up to 15 minutes, in plasma chambers.

The researchers examined the samples after the treatment. The samples exposed to the longest CAPP treatment had the lowest counts of infectious virus particles.

Klein added, “Cold plasma was able to inactivate the virus on the tested surfaces, suggesting that this method could be used for continuous disinfection of contaminated surfaces. A reduction is still important to lower the infectious dose and exposure for humans.”