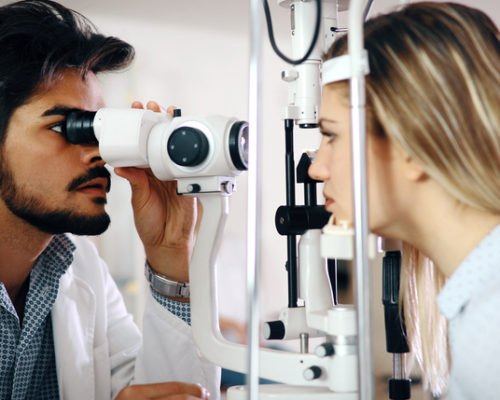 Glaucoma is a chronically progressive condition that can lead to permanent blindness. It is the leading cause of irreversible blindness in the world. Blindness from glaucoma is due to chronically raised intraocular pressure that results in damage to the optic nerve.

A sub-category of glaucoma is referred to as normal tension glaucoma (NTG) because the intraocular pressure of these patients remains within a normal range, but damage to the optic nerve occurs by some other means. Alzheimer’s disease (AD) has become a recent topic of study in relation to NGT, because of their similarities as chronic, progressive conditions.

In a new study, researchers compared the incidence rate of Alzheimer’s in patients with normal tension glaucoma to those without NGT in order to help clarify inconsistent findings of similar studies performed in the past. They gathered data from the National Health Insurance Research Database (NHIRD) in Taiwan and analyzed it for patterns between the two conditions over a period of 13 years.

NGT Increases the Risk of Dementia

The analysis showed that, when compared to citizens without glaucoma, patients with normal tension glaucoma had a significantly higher risk of developing Alzheimer’s by the end of the study period. The results were true after adjusting for age, gender, and comorbidities.

They noted that in the participants who had NGT, those who were older, female, and had suffered a stroke were more likely to be diagnosed with Alzheimer’s later on. They did not find any difference in incidence of AD based on the type of glaucoma eye drops that the patients were using to treat their NGT, however.

In the past, when similar studies have been conducted, NGT has been lumped in with other forms of glaucoma and considered one disease. The researchers behind the current study believe this to be a mistake, as different forms of glaucoma have different symptoms and mechanisms and should, therefore, be viewed as individual conditions.

In this new study, the researchers ensured that NGT was analyzed on its own, without the potential bias to the results that could be caused by combining it with other conditions under the glaucoma umbrella of diseases, making these results much more reliable and valid.

“The findings from our study have both clinical and public health implications. Clinically, when treating patients with NTG, ophthalmologists need to focus not only on the medical aspects of NTG but also on changes in cognitive function or memory. Patients with NTG at a higher risk for AD, such as older patients, female patients, and patients with stroke, should be referred to a neurologist or psychiatrist if early signs of AD become apparent. From a public health perspective, policymakers are encouraged to enforce screening for AD risk in patients with NTG and to provide more substantial and integrated care,” conclude the researchers.

They hope that these findings will be used to improve the screening for, and diagnosis of, Alzheimer’s in patients with NGT and vice versa so that treatment plans can become that much more effective.