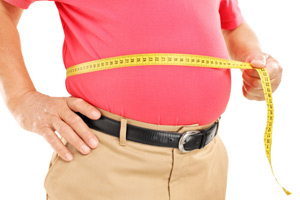 The primary modus-operandi of the device seems to be to take up space in the stomach, and trigger a feeling of fullness. However, the device does not change or alter the shape and size of the stomach. Whether the device works in any other way is yet to be seen.

A simple, minimally invasive endoscopic procedure is all it takes to implant the device in the recipient’s stomach. Once in place, the ReShape Dual Balloon is inflated with a sterile solution, making it take up room in the stomach. The entire process is done under mild sedation and takes about 30 minutes from start to finish.

According to William Maisel, acting director at the FDA’s Center for Devices and Radiological Health, the balloon gives patients a non-surgical and temporary option that can be easily removed.

However, the ReShape balloon is not for everyone. The FDA says the balloon is for people with a BMI of 30 to 40 kilograms per meters squared and one obesity-related condition such as diabetes and high blood pressure, who have tried to lose weight through diet and exercise but failed.

Six months after the device was removed, participants who received the ReShape Dual Balloon device were able to keep off an average of 9.9 pounds of the 14.3 pounds they lost.

Potential side effects include headache, muscle pain, and nausea from the sedation and procedure. In rare cases, people can suffer from severe allergic reaction, esophageal tear, infection, and breathing difficulties.