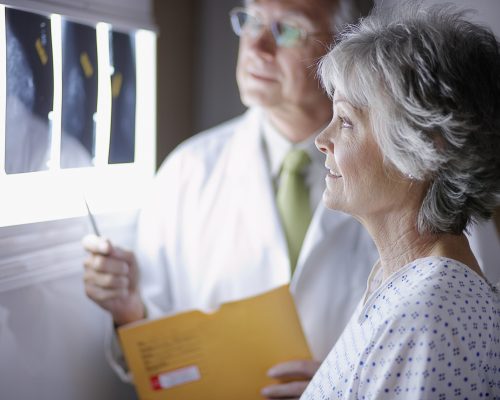 According to an article published online by JAMA Oncology, around 16% of seniors (65 or older) may have received non-recommended screenings for prostate and breast cancers. The reason they do so is because of limited life expectancies of less than 10 years.

The health guidelines currently in force, recommend against screening for prostate and breast cancer in people with limited life expectancy. These guidelines have been laid to help the U.S. health care system reduce the $1.2 billion it spends annually because of over-diagnosis.

To assess the prevalence of non-recommended screenings for prostate and breast cancers, Firas Abdollah M.D., of the Henry Ford Health System, and his co-authors analyzed data from seniors currently living in the United States who had responded to the Behavioral Risk Factors Surveillance System survey in 2012.
Of the 149,514 people who were analyzed, 51.1% (76,419 people) had a prostate-specific antigen (PSA) test or mammography in the last year; 30.8% (23,532 people) of those individuals had a life expectancy of less than 10 years. Which means, 23,532 people of 149,514 people had non-recommended screening. That’s 15.7 % of the people tested.

Of course, a study like this does have its limitations, and in this case the possible overestimation of life expectancy and the inclusion of patients previously diagnosed, treated or observed for prostate and breast cancers, could not be avoided.
In summary, the team concluded that more efforts should be made to reduce non-recommended screening in states with a high rate of non-recommended screening. This would help avoid significant harms to many individuals and also improve the cost efficiency of screening initiatives.