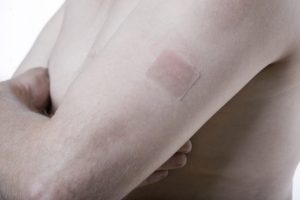 There is a study that is currently underway examining whether nicotine patches could improve memory in individuals who have mild memory loss.

The MIND (Memory Improvement through Nicotine Dosing) study is the longest and largest running study of its kind. It is looking to recruit 300 volunteers across the US who are generally healthy, non-smokers, and are over the age of 55.

Lead investigator of the MIND study, Dr. Paul Newhouse, explained, “The MIND study will provide valuable information for researchers with regard to early memory loss that is associated with normal aging and early Alzheimer’s disease, but we need volunteers if we are going to succeed.”

Nicotine is safe in patch form, which also makes it an inexpensive, readily available treatment. The researchers suggest that it could possess benefits for those with mild cognitive impairment (MCI). With volunteers, the study can begin to test their hypothesis and discover if and how nicotine can work to improve memory.

Criteria for volunteers is as follows:

If you or someone you know matches such criteria, then you could be considered to take part in this potentially breakthrough research.
There is already preliminary research to support the hypothesis. Researchers at Georgetown University Medical Center suggests that nicotine imitates acetylcholine, which is a chemical substance in the brain that helps us to remember.

Researcher Scott Turner explained, “We are increasingly able to detect those at risk for future Alzheimer’s disease in order to perhaps slow or stop their progression to dementia. About 10-15 percent of those diagnosed with mild cognitive impairment (MCI) will advance to dementia each year most commonly due to Alzheimer’s disease – with a total risk of greater than 50 percent after five years. This new study is seeking volunteers with MCI to test whether treatment with a daily nicotine skin patch can slow or stop further cognitive decline.”

Hopefully, with the new study underway, there will be more insight into the role nicotine patches can play in improving memory.