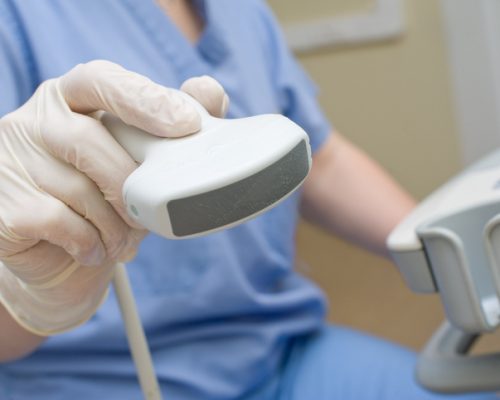 A new ultrasound procedure may aid in involuntary tremors, according to research findings. A condition that is not fully understood, essential tremor causes involuntary shaking of the hands, feet, and even voice. It is estimated that seven million Americans live with essential tremor.

Living with essential tremor can be quite challenging, as the disorder impacts a person’s ability to carry out their daily functions, such as feeding themselves.

Current treatment for essential tremor involves the use of drugs propranolol and primidone, which are only effective in 60 percent of patients and tend to lose their effectiveness over time.

Focused ultrasound is a noninvasive procedure showing a great promise for essential tremor treatment in clinical trials. Guided by MRI, sound waves are sent to the thalamus, a brain area, where they kill cells responsible for the tremor.

Study co-author Dr. Travis Tierney said, “This technology allows you to destroy those tremor cells completely in a noninvasive procedure that takes a day.” Previous treatments involved electrical stimulation, but there was a serious downside.
“You have to make an incision and put in a complicated pacemaker system with an electrode in the brain that stays with the patient for the rest of their lives,” Dr. Tierney explained.

The new ultrasound procedure is covered by many insurance companies. The FDA has approved the treatment for patients over the age of 22 in cases where medical therapy has failed.

The researchers found that within three months of completing focused ultrasound treatment course, the patients experienced improvements in their hand tremors, and the effects lasted for at least a year.

Research is underway examining the use of focused ultrasound treatment in patients with Parkinson’s disease, obsessive compulsive disorder, depression, epilepsy, and brain tumors.