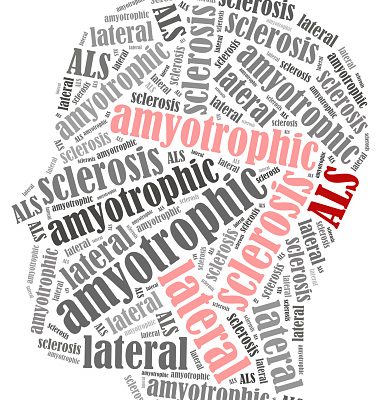 Amyotrophic lateral sclerosis (ALS) is a progressive nervous system disease that destroys nerve cells, leading to severe disability. This disease is also referred to as Lou Gehrig’s disease, after the famous baseball player who was diagnosed with ALS. It is not known exactly what causes the disease, but what we do know is that it attacks the motor neurons of the nervous system responsible for movement. The disease doesn’t affect a person’s thinking, making it all the more tragic, as affected patients are trapped in a body with limited control—Stephen Hawking being a prime example. This devastating disease has fueled the desire for scientists and researchers to make new breakthroughs in ALS treatment, producing the first breakthrough in a long time. For the first time in decades, the FDA has approved a new drug for the treatment of ALS.

ALS is characterized by muscle weakness and atrophy—muscle wasting. It is due to the degeneration of the upper and lower motor neurons of the body responsible for voluntary movement. Affected individuals ultimately lose their ability to initiate and control all voluntary movement, with bowel and bladder function as well as eye movements being spared. While behavioral and cognitive functioning usually remains intact, a small percentage may show signs of frontotemporal dementia. Early signs of ALS could include:

For the longest time, only one FDA-approved treatment for ALS was on the market, but Radicava (edaravone) has now been introduced in the U.S. This drug is taken intravenously in 14-day cycles and was first developed to treat ALS patients in Japan.
“After learning about the use of edaravone to treat ALS in Japan, we rapidly engaged with the drug developer about filing a marketing application in the United States. This is the first new treatment approved by the FDA for ALS in many years, and we are pleased that people with ALS will now have an additional option, ” Dr. Eric Bastings, deputy director of the division of neurology products in the FDA’s Center for Drug Evaluation and Research.

In order to assess the drug’s efficacy before it made its way stateside, a six-month clinical trial in Japan was done. This study included 137 patients who either received the new drug or an inactive placebo. The research found that patients taking edaravone saw less decline in physical function compared to those taking the placebo.

While this is a positive result, there are a few negative side-effects associated with the new drug.

“Radicava is also associated with serious risks that require immediate medical care, such as hives, swelling or shortness of breath, and [life-threatening] allergic reactions to sodium bisulfite, an ingredient in the drug,” according to the FDA.

While it might not be the cure, it is definitely a step in the right direction and an alternative option that can now be made available to those suffering from the always fatal neurological disease.