Home » Health News » This New Test Could Protect Your Bones 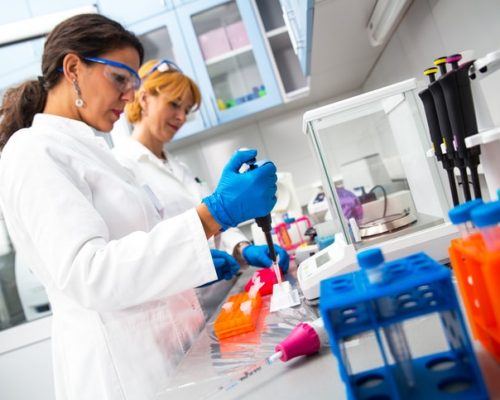 A new genetic test has been developed that may help determine a person’s osteoporosis and bone fracture risk. The study, the largest of its kind, looked at 899 regions in the human genome associated with low bone density.

It’s important to identify people at risk for osteoporosis early on, as it can help prevent or reduce the risk of debilitating bone fractures. Annually, it’s estimated that osteoporosis costs the American health care system $19 billion.

Researcher Stuart Kim explained, “There are lots of ways to reduce the risk of a stress fracture, including vitamin D, calcium, and weight-bearing exercise. But currently, there is no protocol to predict in one’s 20s or 30s who is likely to be at higher risk, and who should pursue these interventions before any sign of bone weakening. A test like this could be an important clinical tool.”

The original intent of the research was to uncover their risk of bone injury during athlete and military training sessions. Once the results were obtained, Kim uncovered a close correlation between people with a high risk of fractures and osteoporosis with low bone mineral density.

Previous studies have revealed a genetic component in the risk of osteoporosis. You have a higher risk of developing the bone disease if family members have had it. But along with genetics, other factors including diet, exercise, weight, and gender after osteoporosis.

Recent genetic studies have uncovered hundreds of genes that may be associated with bone health.

Through Kim’s study, he was able to create an algorithm that assesses a person’s risk of osteoporosis along with future bone fractures.

Kim concluded, “Fifteen million people in this country have already accessed their genome sequences using direct-to-consumer testing services. I think this analysis has the potential to become the standard of care in the coming years. It would be a relatively simple measure to identify those who should have their bone mineral density tested and perhaps take steps at an early age to ensure their future bone health.”

He hopes to further his research on younger persons with no clinical signs of bone weakness to determine the effectiveness of the genetic test.