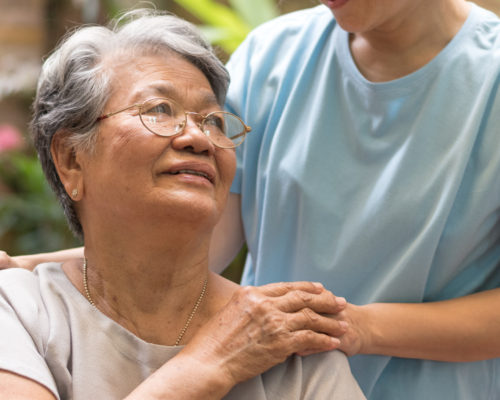 Are you a glass half full or glass half empty type of person? A new study suggests that how you answer could play a role in dementia risk.

Repetitive negative thoughts (RNT) can put your brain under a lot of stress. Always assuming the worst, ruminating on past experiences you cannot change, and fearing the future can all put your mind in a precarious situation.

It may lead to increased forgetfulness, memory troubles, and decision-making.

New research is showing that RNT is linked with a buildup up of tau and amyloid protein in the brain, which are key markers of dementia.

The study looked at two cohorts of participants, totaling 360 people. 113 of them had tau and amyloid proteins measured. Participants were either part of the Pre-Symptomatic Evaluation of Experimental of Novel Treatments for Alzheimer’s Disease (PREVENT-AD) research project or the Multi-Modal Neuroimaging in Alzheimer’s Disease study.

It should be noted that everybody experiences negative thoughts from time to time. When it happens on occasion, it’s unlikely to lead to severe problems. If you find yourself having these types of thoughts chronically, taking measures to stop the cycle is recommended.

The study was unable to prove cause and effect, however, the result indicates that treating negative thought patterns may play a role in slowing the onset of dementia.

Changing your inner monologue and easing RNT can be quite challenging. But with some guidance and effort, it’s possible to change thinking to lead to more positivity. A few things to try include:

It’s possible that how you think could play a role in your future brain health. Trying to reduce RNT may help reduce the risk of dementia and Alzheimer’s.