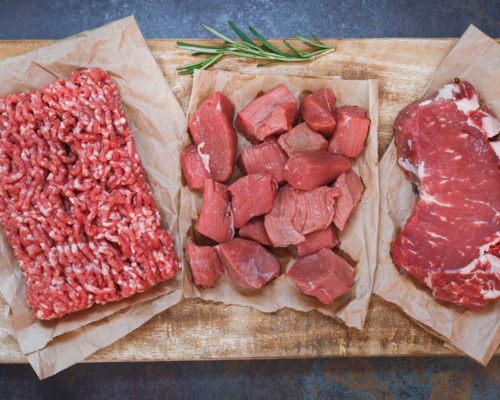 Meatless Mondays, plant-based burgers, and vegetarian or vegan diets are big-time trends. And let’s face it, the more plants you eat, the healthier you will probably be. But does that mean you should cut out meat or animal-based products entirely? Probably not.

Although participating in Meatless Mondays or eating a little less meat is likely to make a big difference, keeping animal products in your diet may go a long way in promoting mental health and longevity. A new study from the University of Eastern Finland has found that meat and eggs may lower the risk of Alzheimer’s and dementia while boosting memory and linguistic abilities.

Animal products like meat and eggs contain a compound called phosphatidylcholine, a type of dietary choline. Previous research has indicated that choline, which is an essential nutrient, is linked to Alzheimer’s and dementia prevention and used in medical drinks for treating early Alzheimer’s. The new study found associations between men that have a high dietary intake of phosphatidylcholine are less likely to get Alzheimer’s and dementia, while also exhibiting better memory and signs of cognitive function.

The men who ate the most phosphatidylcholine, by way of meat and eggs, had a 28-percent lower risk of dementia than those who ate the least. They also displayed better memory and linguistic capabilities on tests. The research is published in the American Journal of Clinical Nutrition.

Findings from the studies were observational and derived from the Kuopio Ischaemic Heart Disease Risk Factor Study.

So, does this mean that you should be piling on the meat every day? Not necessarily. It does mean, however, that eating unprocessed meats may have some previously unrealized benefits for brain health. Compounding in the benefits it has for muscle maintenance, growth, and delivery of B-vitamins, meat, and other animal products do have a place in a healthy diet.

If you’re interested in keeping a sharp memory and reducing the risk for dementia, keeping non-processed animal products in your idea might be a wise idea.