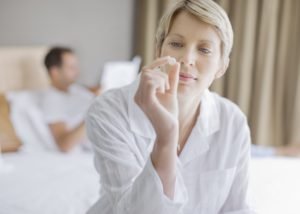 Heart disease is a primary concern for aging Americans, yet some of the most common heart-health advice has just been turned on its head.

The older people get, the riskier things get for heart health. Veins aren’t quite as healthy as they used to be, and it makes it harder for blood to move through them. Cholesterol deposits, inflammation, and time can take their toll, and the risk for heart disease, heart attack, and stroke are all higher than they were at an earlier stage in life (for most people.) To combat this, doctors often told healthy folks to take an Aspirin every day.

Aspirin acts as a blood thinner to counteract the effects of rigid or unhealthy veins. It would let blood move through more efficiently, thus reducing the risk for clotting. But new research—in fact, three new studies—are showing that a daily Aspirin is likely not safe for generally healthy individuals. By generally healthy, I mean no heart disease diagnosis and those that have not already suffered a stroke or heart attack.

Estimates suggest that roughly 29 million people aged 40 and over were taking a daily Aspirin without having heart disease, while roughly half of the 70+ population who don’t have heart disease take one for prevention. But it appears taking them without any need can increase health risks for healthy individuals.

New suggestions from the American Heart Association and American College of Cardiology now include:

Instead of taking Aspirin to help blood flow, consider other ways to promote healthy blood flow, and limit heart disease. These include eating a heart-healthy diet rich in fruit, vegetables, whole grains, and unsaturated fats, as well as maintaining an active lifestyle.