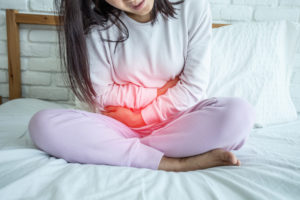 What you eat every day may help keep your bladder healthy. At least that’s what a new study looking at Buddhists suggests.

There is a long list of benefits associated with enlightenment. Lower stress, living in the moment, empathy, gratitude—the list goes on. According to a new study, a lower risk of urinary tract infection, or UTI, may be on the list as well.

A study looking at Taiwanese Buddhists has found that plant-based diets reduce exposure to E. coli bacteria, thereby reducing the risk of urinary tract infection. The faith of the participants did not play a role; however, the vegetarian diet might have.

Published in the journal Scientific Reports, a study of over 9,700 Buddhists between 2005 and 2014 revealed that a vegetarian diet was correlated with a 16 percent lower risk for UTI. A bladder infection in the urinary tract marked by persistent urges to urinate, a burning sensation, abdominal pressure, and more.

It’s possible that vegetarians had a lower risk for UTI because a common cause, E. coli bacteria, is more commonly found in meats. Other reasons include that vegetarians are more likely to consume higher amounts of fiber, which can improve gut microbiota and lower intestinal Ph balances.

Plant foods also feature a number of phytochemicals that may have antibacterial and anti-inflammatory effects, helping to attack and limit the spread of infection.

Although the study did not specifically indicate any phytochemicals that might help kill a UTI, a common natural treatment for such infections in cranberry juice. There is some evidence to suggest an antioxidant called A-type anthocyanidins, found in cranberry, can attack E. coli.

You may not need to adopt a new religion or extreme diet to reduce the risk of UTIs, but eating more plant-based foods and drinking plenty of water might help.