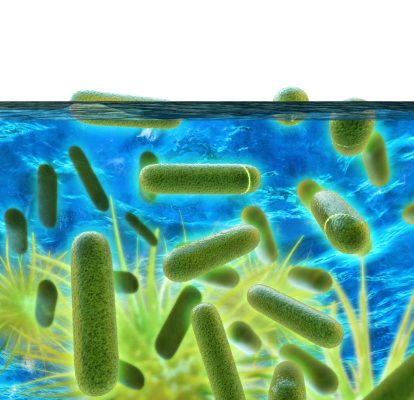 There are bacteria everywhere. In us, on us and around us. In fact, for every one human gene we have, there are 100 associated genes within our microbiome. More than 100 trillion micro-organisms reside in many places in and on our bodies: our intestines, mouth, skin and other mucosal surfaces. These microbes perform numerous beneficial functions, like helping in digestion, preventing disease-causing pathogens from invading the body and breaking down essential nutrients and vitamins for absorption. In their quest to understand more about the role the microbes play, researchers are switching their focus from “what is there” to “how they help.”

A study at the Emory University School of Medicine shows how a powerful protein called Nrf2, that is latent within each cell in the body, responds extremely well to helpful bacteria, and together they set up a protective wall against harmful stresses from the environment.

The results of the study, which are published in the August 13th edition of Cell Reports, will go a long way in furthering our understanding about these microbes and also help us make the most of the microbiome, to treat diseases of the intestine and even reduce the adverse symptoms of radiation treatment.

Until recently, it was believed that the immune system provides the body’s response to harmful microbes that cause inflammation. The pathway identified by the current study is more about cell protection than about immune regulation or fighting inflammation.

According to Andrew Neish, MD, senior author of the study and a professor of pathology and laboratory medicine at Emory, many kinds of bacteria in our intestines are either inert or can harm intestinal cells, but a few, especially lactobacilli, can help the body by (a) increasing the motility of the intestine, (b) proliferation of epithelial cell proliferation and (c) helping to withstand stress.

Lactobacilli (found in yogurt) are so important to the human body that they are the first kind of bacteria that settle in a baby’s intestines immediately after birth.

The team working with Neish have done a lot of study on this beneficial microbe. They found that when germ-free fruit flies were fed lactobacilli, it helped protect them against the toxic herbicide, paraquat. And when the lactobacilli were fed to germ-free mice, it helped prevent weight loss and even death after radiation exposure.

In the intestines of both flies and mice, the lactobacilli activated a sequence of genes in a way that suggests the Nrf2 pathway is involved. However, if either the flies or mice had a mutation disabling Nrf2, the lactobacilli were unable to protect them.

Nrf2 protects cells against toxins, carcinogens and external stressors. It is activated by ROS (reactive oxygen species) which incidentally is generated by both paraquat and radiation. A little bit of ROS was enough to help the cells resist stress. It exemplifies the concept of hormesis, in which a small exposure to a harmful stimulus helps protect an organism from more of the same stimulus.

While the beneficial bacteria stimulate more signals than the Nrf2, this is the only regulatory circuit that is highly conserved. This could be a result of an evolutionary process that is aimed at making higher organisms that live together with bacteria in a sort of symbiotic fashion.

The team is now analyzing other strains of bacteria that stimulate Nrf2 and ROS. This will help future researchers separate the bacteria that can generate therapeutic benefits from those that don’t.

To expedite this research, the team is establishing a unique facility at Emory which will help researchers see what happens when an animal’s intestines are colonized with only one type of bacteria.